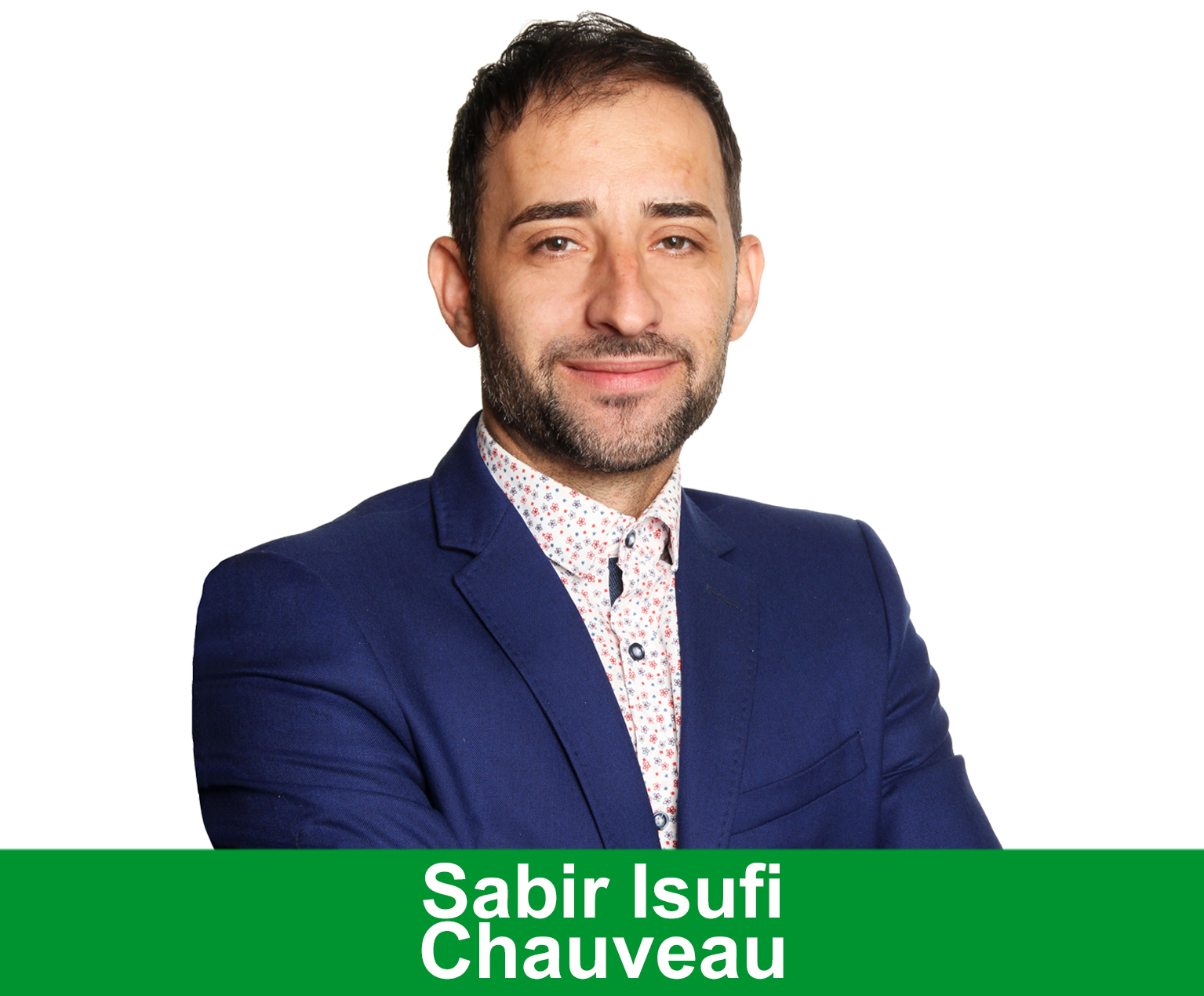 For the last 20 years, climate change has grown rapidly and exponentially. Sabir Isufi is involved in politics alongside the Green Party of Quebec because the environment and the challenges facing Quebec are close to his heart. Born in Kosovo, he immigrated to Canada in 1999 and began his secondary education in Charlesbourg, before continuing his studies in Modern Languages, International Studies and Political Science at University Laval. He is currently in pursuing a Bachelor in Philosophy. Professionally, he worked in the NDP at the federal level and has been working in politics for 20 years.

Very involved in the development of his community, Sabir volunteered with immigrants and traveled to Europe to help his hometown in her post-war transition. His professional and personal background requires him to become deeply involved in immigration issues. Arrived in Canada, Sabir had to start from scratch because of a lack of recognition for his diplomas, which pushes him now to encourage the sharing of information as well as to sensitize the citizens on the process he had to live. It is with ambition and will that he fights to tackle the insufficiency of actions for the protection of our rivers, our forests, our environment, both at political and social level.

Already well rooted in Chauveau, Sabir Isufi would like to put forward the environmental emergency as well as the easy and free access to a quality education where the rights of students and teachers are respected. Also, freedom of expression is an important subject for the candidate who encourages respect for individual freedoms. Locally, he would like to restore the balance between social classes, especially with major investments in social circles such as education or health. He would like to go against the growing problems of poverty and put forward the economic platform of the DMP.

In this regard, for him, every vote cast in favor of the Green Party of Quebec proves that the ideas defended by the party resonate with the population. He would like to ensure that our province and its citizens are healthy, educated, prosperous and supportive, and it would be honored to have your support in the upcoming Chauveau 2018 elections. Every voice counts!