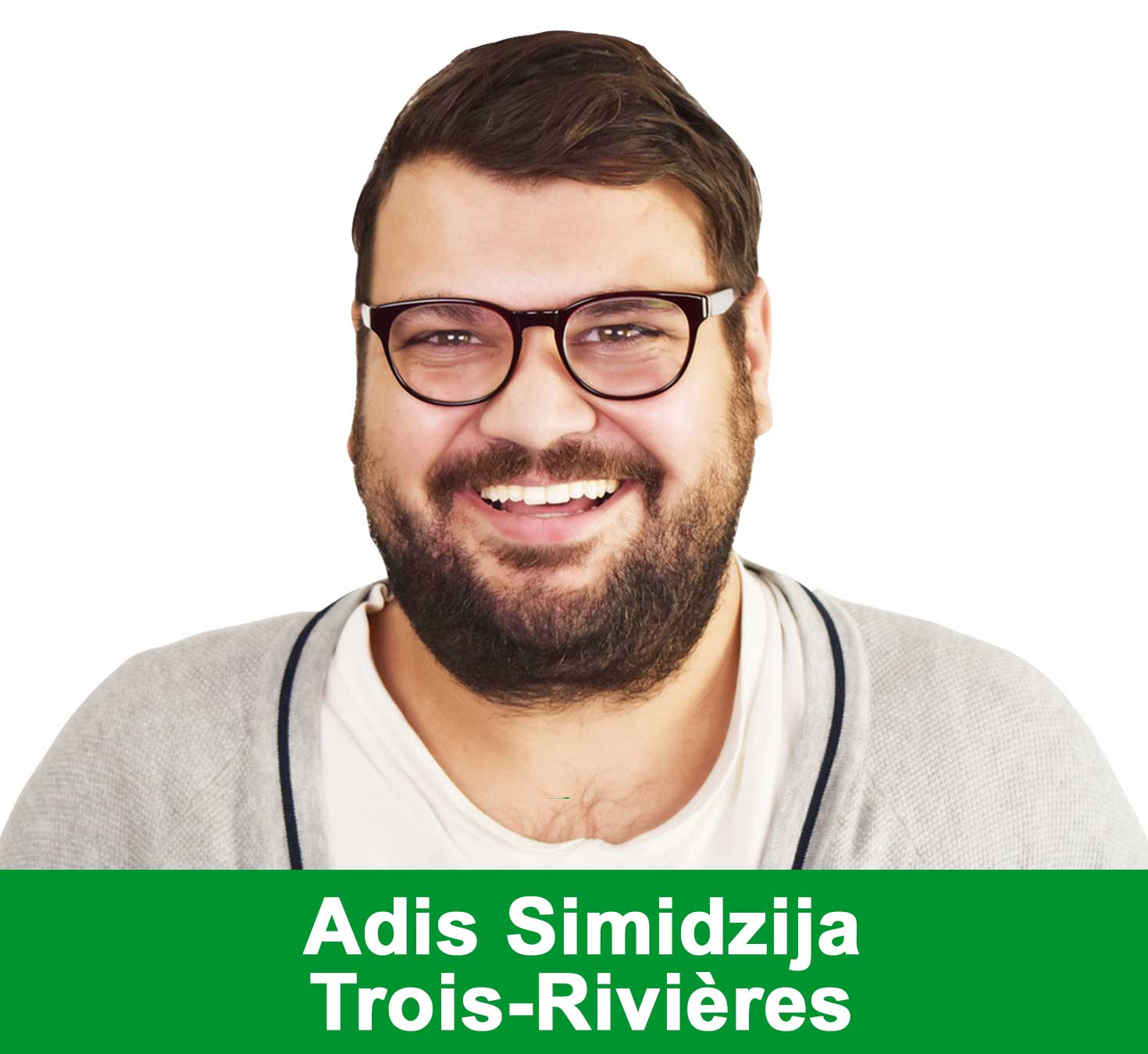 Adis Simidzija was born in Mostar, Bosnia and Herzegovina. In 1998, he came to Quebec at the age of nine as a refugee from the Bosnian war. He is currently working as a psycho-social worker for homeless people in Trois-Rivières. He graduated in sociology at the Université du Québec à Montréal and completed a master's degree in literature at the Université du Québec à Trois-Rivières.

In 2016, the non-profit organization Books and Refugees whose mission is to facilitate the schooling and socialization of refugee children. Writer member of the C.A. of the Society of Writers of the Mauricie, he has received several distinctions for his community involvement, including the prestigious J. Armand Bombardier Scholarship. His social involvement was also recognized by Le Nouvelliste and Ici Radio-Canada Mauricie who honored him with the headline of the month of December 2016 and named him one of the most inspiring personalities of his generation in the region. from the Mauricie in the 30 series at the bottom of 30. He is author of the book "Confessions of a Child of the 21st Century" and columnist for the Huffington Post.

Adis goes into politics at the age of 29 to defend the environment and social justice. His priorities include building new social and affordable housing for families in Trois Rivières, free public transportation combined with an increase in the service offer of the STTR and a green economy policy that will encourage businesses to adopt ways of doing things to reduce their footprint on the environment.

For Adis Simidzija, every vote cast on behalf of the Green Party of Quebec shows that our program resonates with the population, helps us to take a place in the public debate and contributes significantly to the financing of the Green Party. For all these reasons (and more) Adis would be honored to have your support in the 2018 general election! Every voice counts!