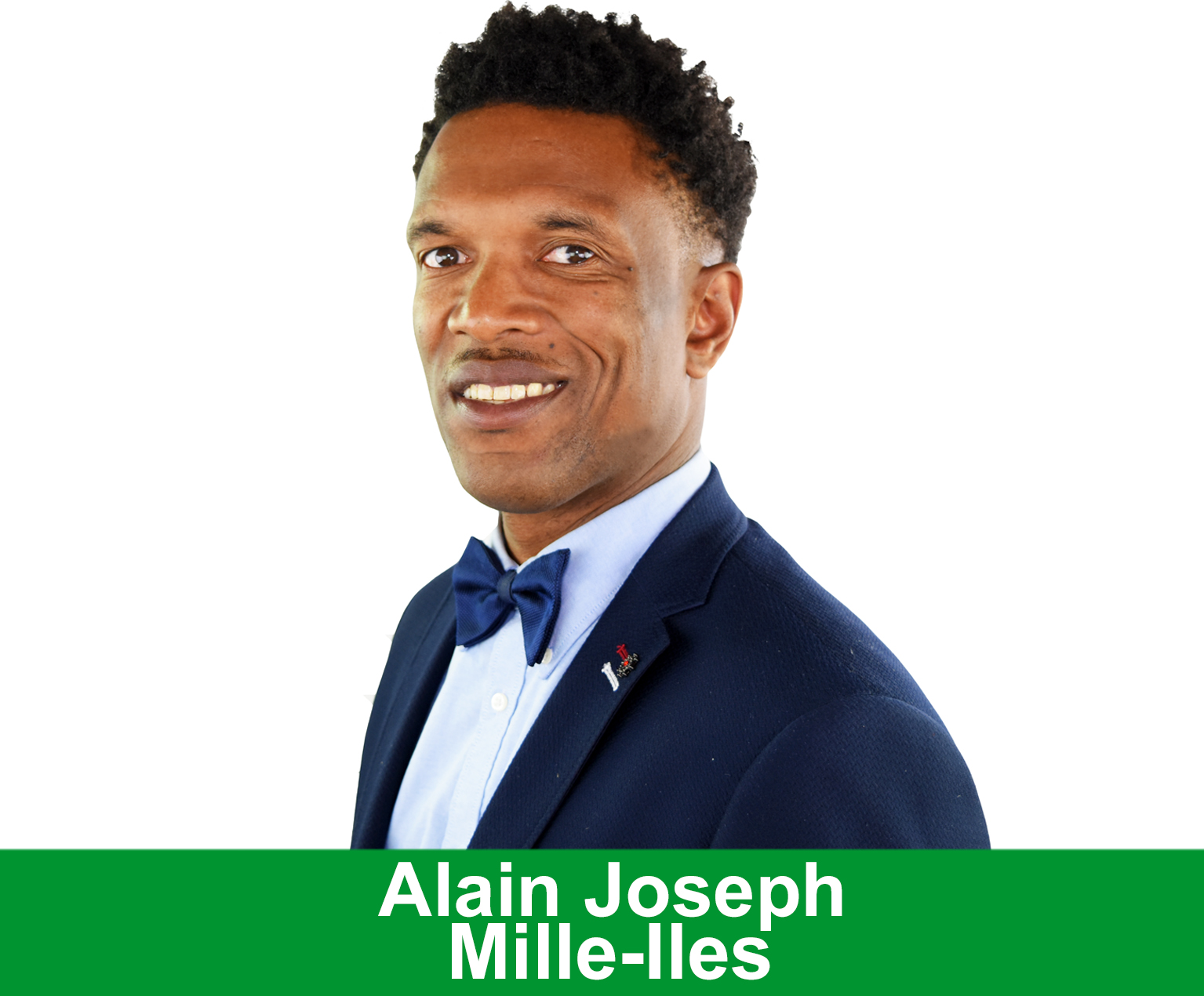 A passionate traveler, Alain Joseph went to meet many cultures during his years of study. His travels in Europe, Africa, the Caribbean and much more make him an open-minded and motivated candidate to combine the experiences he has gained, with the Green Party of Quebec's program. After high school and CEGEP, Alain pursued a bachelor's degree in political science at Laval University during which he lived for 4 months in Tunisia for an internship in the ceramic industry. Subsequently, he received a DESS in college education and is currently pursuing a degree in teaching religious ethics. Academician, Alain teaches on the political regimes around the world and it is with this thirst for knowledge that he presents himself as candidate in Mille-Îles.

He started in the field of politics hoping to make it more accessible to the citizens of the riding. Moreover, the candidate is President of the association 'Tous Unis pour les Jeunes'. It is for this reason that it is essential to increase investment in the education sector, to have modern educational institutions, adapted to the needs of students and inclusive of the environment in their academic curriculum. Mr. Joseph also pushes for free public transport. Combined with the electrification and expansion of the networks, it would bring alternatives to private vehicles in an isolated and underserved area. Aware of the importance of green spaces in his region, Alain would like to prioritize the needs of farmers who fully occupy the territory. Indeed, there is a significant lack of manpower that the candidate would like to fill by providing training and more resources to make the sector more attractive to young people. Finally, shoreline and soil erosion, accelerated by climate change and human action, is a major issue in the riding that Alain hopes to tackle as quickly as possible.

Passionate about music, Alain tries through his art to combine his Haitian culture and his Quebec culture. He speaks 6 languages ​​and it is for this reason that culture is an issue that is close to his heart. For him, politics is a tool to raise awareness and mobilize citizens around the same goal. In this respect, Alain hopes to lift the veil that is based on environmental, social and cultural issues.

For him, every vote in favor of the Green Party of Quebec proves that the ideas defended by the party resonate with the population. He would like to ensure that our province and its citizens are healthy, educated, prosperous and supportive, and would be honored to have your support in the upcoming 2018 elections in Milles-Îles. Every vote counts!