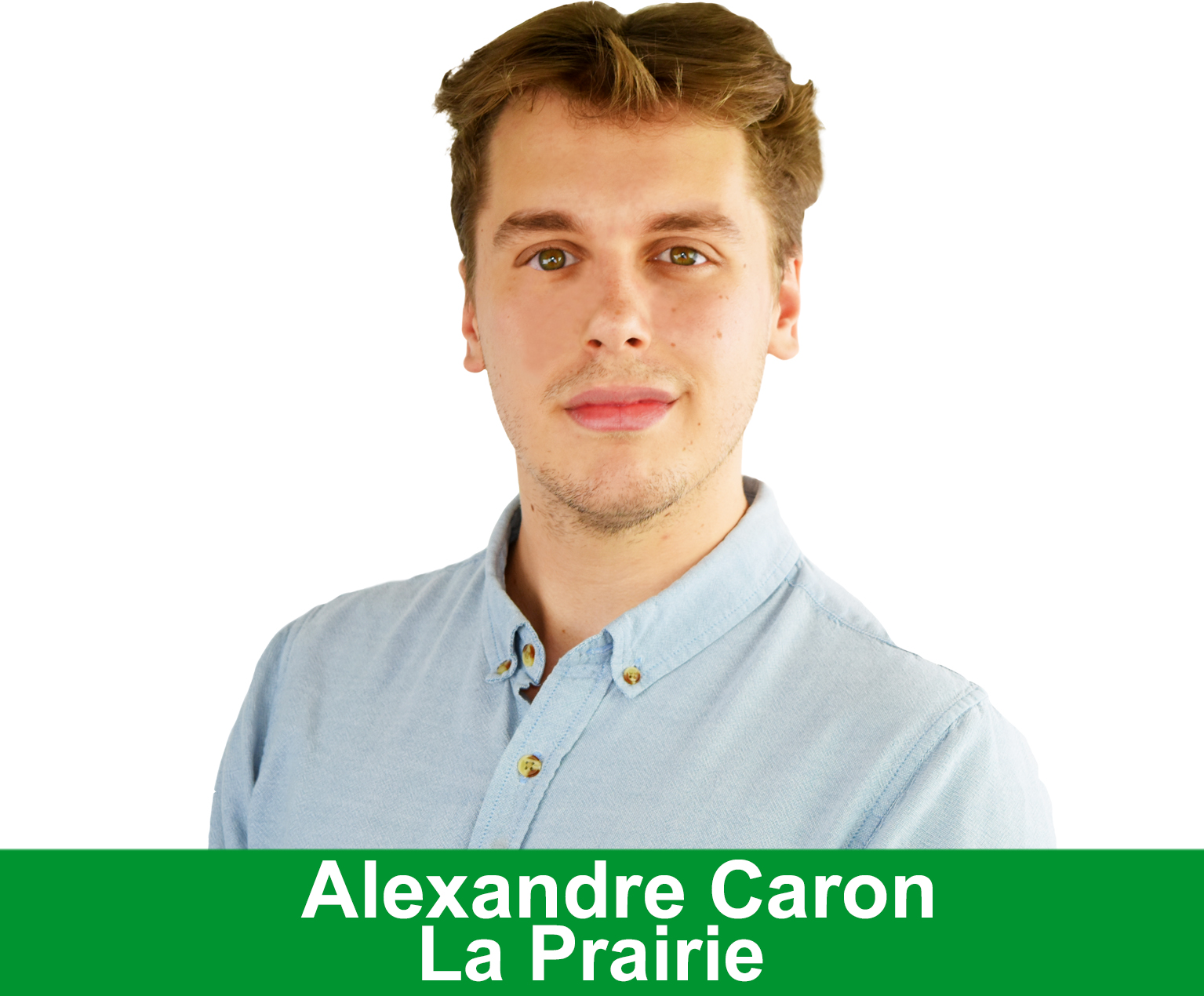 Political science student at UQAM, Alexandre Caron is passionate about the field and is committed to the Green Party of Quebec to defend values ​​that are important to him. He is particularly interested in the power relations that energize the Quebec population, its social movements and the influence exercised by its government. In parallel with his studies, Alexandre is a great sportsman and his passion for hockey makes him a candidate with an unparalleled team spirit, since he understands that each individual action can influence the outcome of the game for the better or for the worst. Always rooted in La Prairie, he is involved in various charities and participates in the development of his community through various means.

He believes that the environmental issue has been taken for granted and that it is time to put forward the importance of Quebec's biodiversity. The province has a considerable reserve of natural resources, including freshwater, which is too often abused. A prosperous future depends on respecting the province's freshwater sources and the candidate joins his voice in this cause. This is why he is involved in politics, since he considers the field as essential to exercise his ideas, as well as those of his generation, and to take a place in the public debate.

From a local point of view, Alexandre pushes for more power granted to municipalities, to ensure a better network between citizens and their representatives. Added to this is its support for electoral reform, specifically for a mixed regional compensatory electoral system, to allow better representation of citizens in the National Assembly. Despite free bus access in La Prairie, fares to other municipalities, as well as to major cities, are too high and the candidate would like to expand initiatives in his riding throughout Quebec. It is also pushing for the development of public transport, also known as "Transit Oriented Development" and actions to counter urban sprawl.

In this regard, every vote in favor of the Green Party of Quebec proves that the ideas defended by the party resonate with the population. He would like to ensure that our province and its citizens are healthy, educated, prosperous and supportive, and would be honored to have your support in the upcoming 2018 elections in La Prairie. Every vote counts!