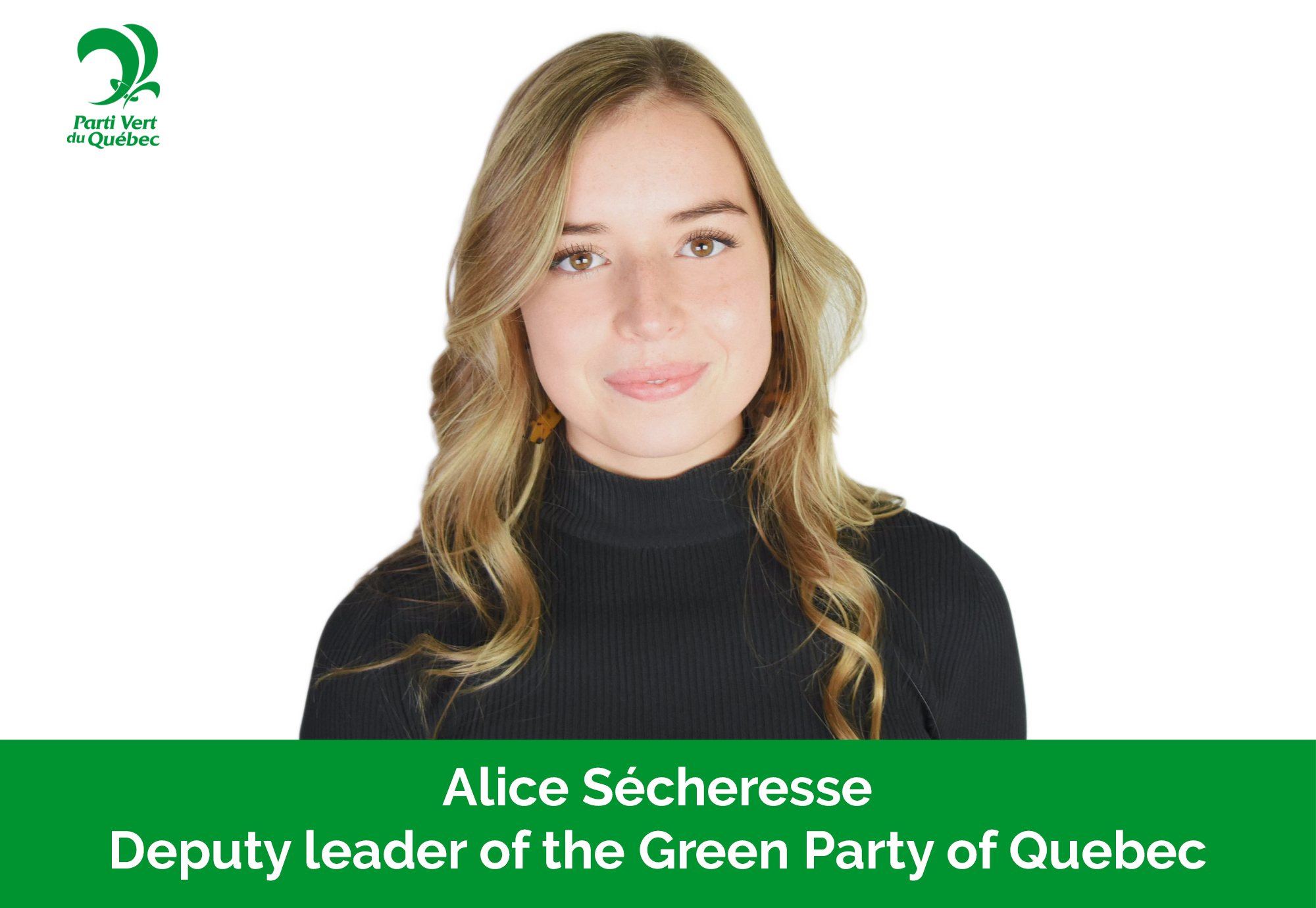 Alice Sécheresse is a young environmentalist and activist that got involved within the political realm at the young age of 19. She is currently pursuing a bachelor’s degree in International Development, Environment, and African Studies at McGill University.

During her time at McGill, she was elected President for the McGill University Chapter of Greenpeace, she went to Ottawa for two days under the Women in House program, and she won first place in both rounds of a case competition in International Development pertaining to the migration crisis happening around the world. Today, she continues to be involved within the student body to bring forward her opinions which translate into some of her work being published by university journals.

Alice has constantly grabbed every opportunity to speak up about the defense of the environment as well as the importance of social justice. As the Green Party of Quebec candidate in the riding of Gouin during the 2018 provincial election, Alice emphasized the importance of investing in research and development of green technologies, such as the electrification of free public transit system, as she believes that such measures could benefit everyone from a socio-economic perspective. This is a message that she still strongly advocates today.

Her commitment to the Green Party of Quebec has always been unwavering. As the GPQ's spokesperson for the status of women, Alice produced and presented a bill for the GPQ on the status of sex workers in Quebec. Through such research and projects, Alice seeks to fight sexism, which is still all too present in our institutions and society. Her commitment has also translated on several occasions into the writing of open letters and the creation of videos for the party. Addressing topics such as meat consumption, Islamophobia, and feminism, Alice Sécheresse has tried to put forward the projects, ideas and values of the political organization, which she will continue to do by holding the position of deputy leader.

Today, as Deputy Head of the GPQ, Alice Sécheresse intends to continue her fight by ensuring that the GPQ is heard in the political arena, in the media and among the general public. For her, holding the position of Deputy Head is an opportunity to share her interest in the environment and social justice with a growing number of people. Her new role within the party is a concrete expression of the commitment she already pursues on a daily basis.

To contact your Deputy Leader about her position, please contact communications@pvq.qc.ca  or the following cell phone number: 438-926-1803.