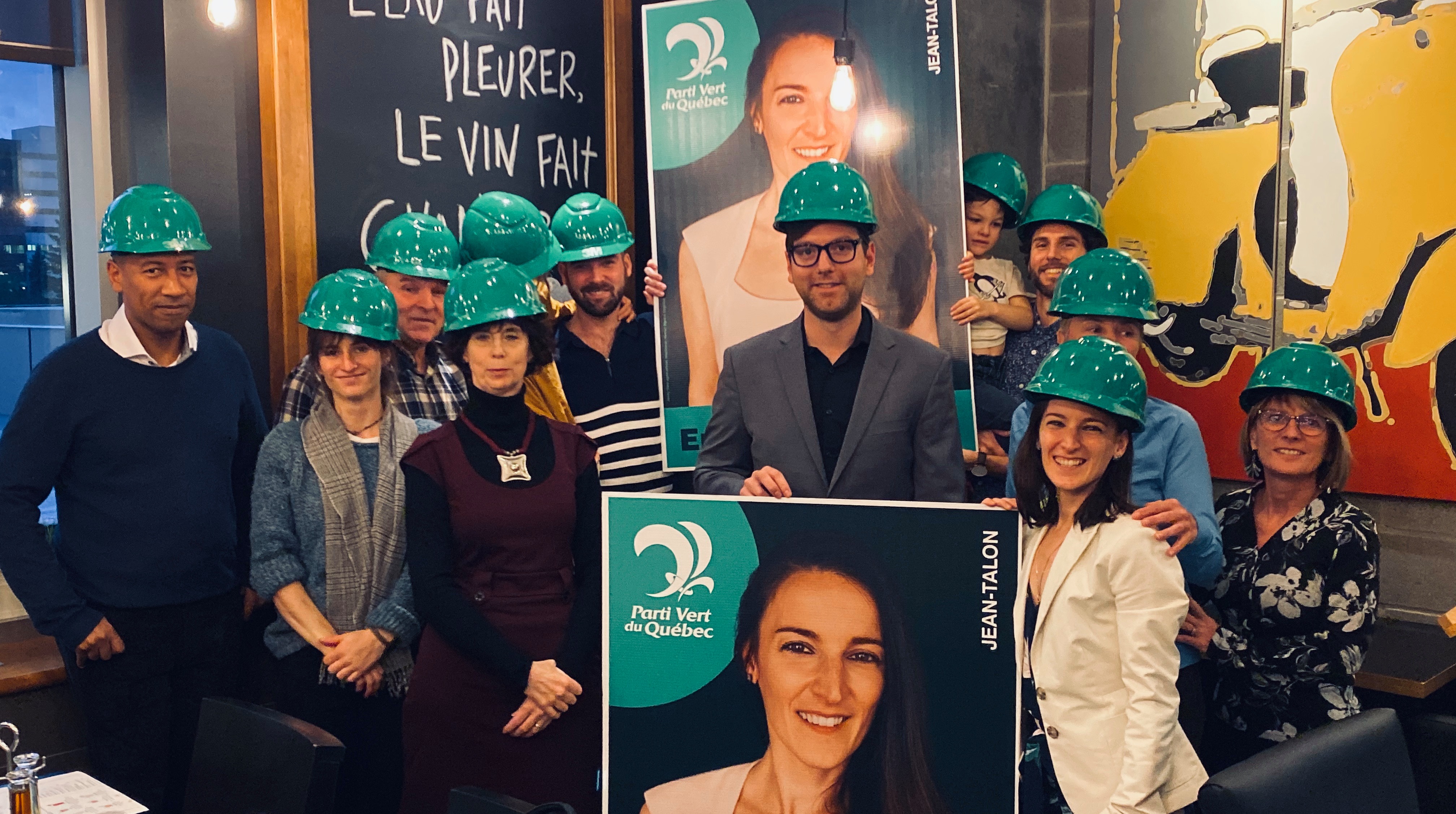 Emilie Coulombe is a co-founder of “J’y vais en metro”, a citizen association which campaigns in favor of the construction of a metro system in Quebec. Today, under the banner of the Green Party of Quebec, she is announcing her candidature for the by-election taking place December 2, 2019.

“The citizens of Jean-Talon and Quebec have everything to win by considering the metro option as the core of structural networking. It is indeed a comfortable, fast, and long-lasting alternative. Also, its modular capability allows for more ambitious greenhouse gas emission reduction targets by accommodating all the motorists wishing for another means of transportation. Likewise, it is the most profitable option in the long term” she declared in her speech during her campaign launch on Sunday.

Alex Tyrrell, the leader of the Green Party of Quebec, warmly welcomed Miss Coulombe into the Green “family”. “For years now, the Green Party of Quebec has been the only provincial political formation to push for a metro in the city of Quebec. It is with great enthusiasm and much optimism that we welcome Emilie Coulombe in our big Green family! Emilie is someone who is devoted to the cause, who has been involved as an engaged citizen for years in order to promote the advantages of a public underground transit system in Quebec. What a good idea and what an extraordinary citizen to take the message all the way to the National Assembly!”

For the Green Party of Quebec and its candidate, one particular message must come through during this election: We must entice massive investment in collective transportation proliferation if we want to coherently confront the environmental challenges upon us. The green transition, far from hindering growth, offers numerous opportunities for economic development and encourages us to innovate and find new solutions for more sustainable and responsible development.