Cassandre Poulin, candidate of the Green Party in Beauce-Sud 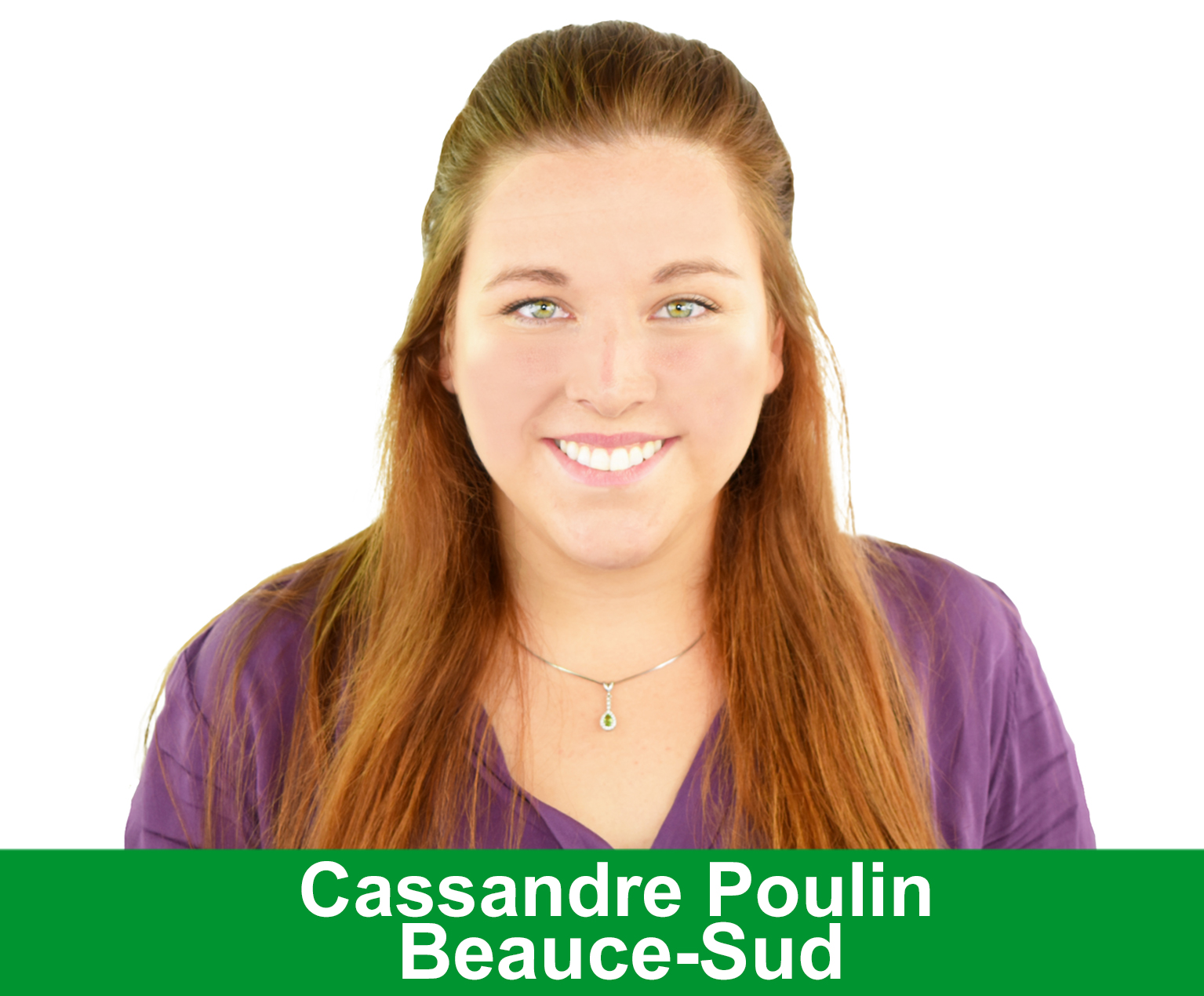 Student and activist, Cassandre Poulin joins the fight of the Green Party of Quebec for a better respect for the environment and the biodiversity of Quebec. Currently studying, she is pursuing a degree in administration after having validated a certificate of history in Sherbrooke. In parallel with her professional life, Cassandre is strongly involved in student associations and, passionate about history, she refuses to accept the status quo. For her, real changes must be applied and it is for this reason that she is involved alongside the GPQ.

From a local point of view, she considers that it is time to improve the health and education services offered in the regions. The lack of resources, of family doctors and of higher-level schools are encouraging a slowdown in the economy and it means fewer opportunities in the riding of Beauce-Sud, despite its proximity to the nation's capital. Touched by the solidarity of the people of Beauce, the candidate would like to aim her campaign with a feeling of inclusion and stronger support.

The candidate joins her voice to the GPQ in particular for the animal cause. Cassandre considers that respect for animal life is something to be taken seriously- she hopes one day to open a sanctuary for animals, to allow them to continue to live and reproduce in an environment free from the torments created by the human activities. For her, it is clear that the province faces many environmental challenges, including the destruction of wildlife habitat. At the same time, the candidate is campaigning for a slowdown in urban sprawl that is hugely affecting green spaces in Quebec.

In this regard, every vote cast in favor of the Green Party of Quebec proves that the ideas defended by the party resonate with the population. She would like to ensure that our province and its citizens are healthy, educated, prosperous and supportive, and would be honored to have your support in the upcoming 2018 elections in Beauce-Sud. Every vote counts!