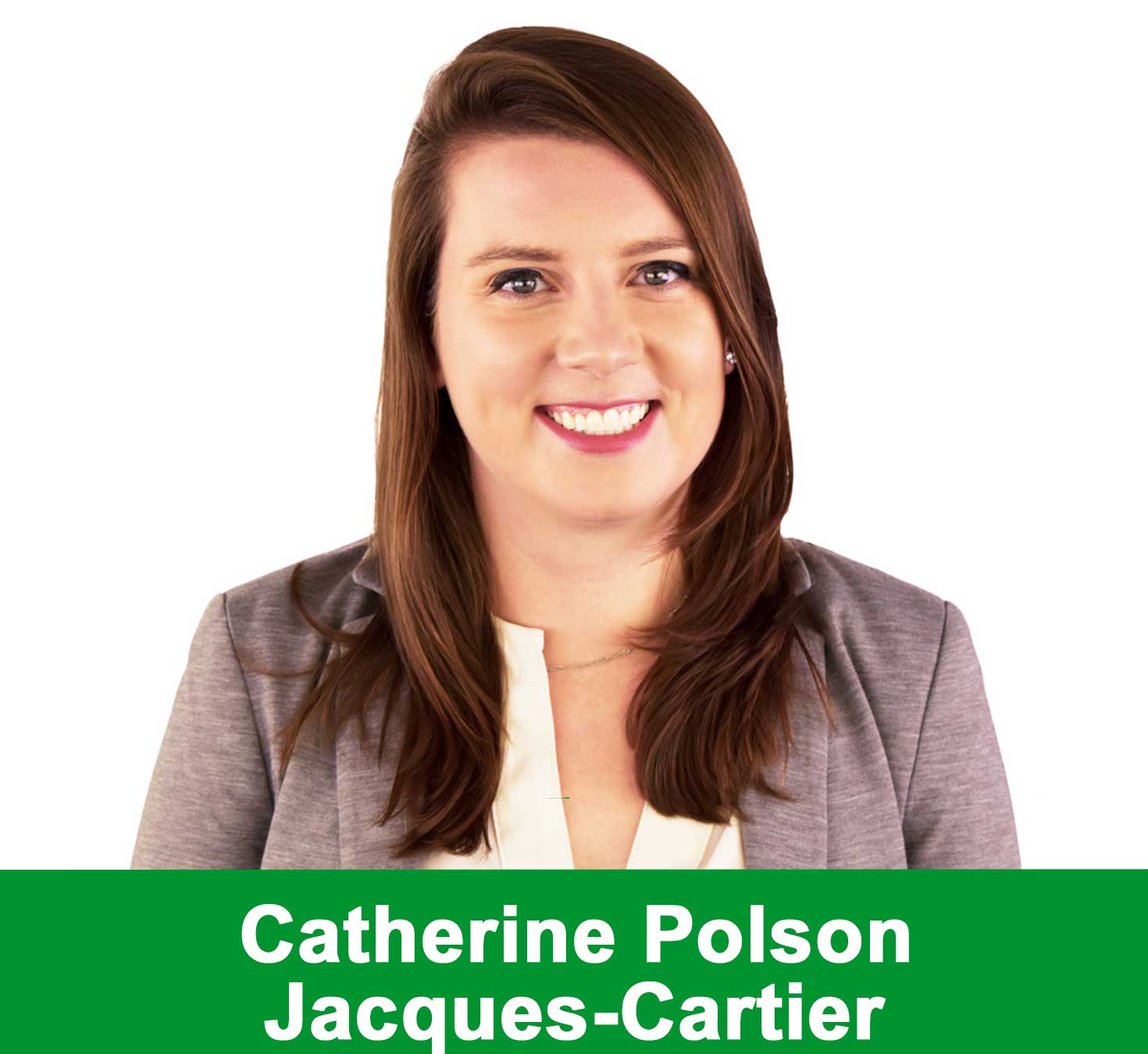 Catherine Polson grew up an active member of the Beaconsfield community. She is running with the Green Party of Quebec to provide West Islanders with a progressive federalist option. She believes that for far too long, the Liberal Party of Quebec has taken our community for granted. Catherine is proud of the tireless advocacy Green Party leader Alex Tyrell has done representing concerned citizens of Pointe Claire in concern with the PCB contaminated soil at 86 Hymus Boulevard.

She has a degree in Political Science from Concordia University, and currently works in marketing. Her roots in the West Island community run deep. Over the years, she has been involved with, and volunteered for local sports organizations including rugby, ringette, softball, and swimming; she also lifeguarded at Beaurepaire pool. Catherine believes that volunteer engagement and community involvement are the key to building vibrant communities. She saw this in action as a child in the sports community, and continues to see it in her other volunteer efforts, such as in the 2017 flood response, St John the Baptist’s annual Christmas Bazaar, or with Beaconsfield Rugby. She knows that the West Island is filled with motivated people, dedicated to improving their community and she wants to provide the political means to do so.

Catherine’s local priorities include taking action to protect local green spaces such as Angel Woods and l’Anse à l’Orme, as well protecting our drinking water and shoreline. She wants to ensure that the local health system, including the newly acquired Ste Anne’s Hospital, can properly care for the West Island’s population. Catherine also wants to make sure that our public transit grid is properly structured to serve the West Island, especially with the development of the new REM train line.