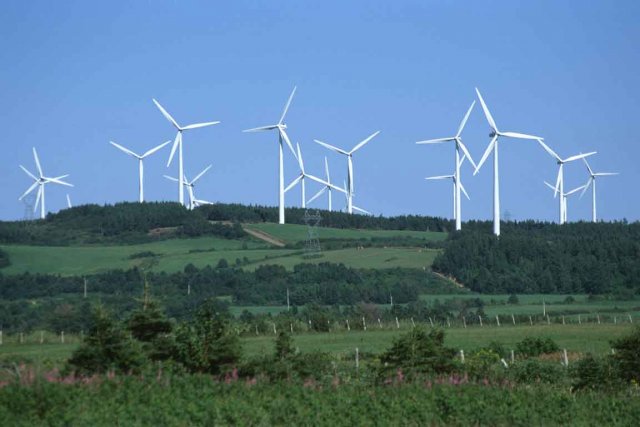 The Paris agreement is clear; the countries of the world will have to reach carbon neutrality by the year 2050 in order to limit global warming to 1.5 ℃. To achieve this objective at the local level, we propose a rapid transition of Québec infrastructures. The sectors of transport, waste management, agriculture and real estate will be particularly affected. We recognize that the energy transition must be fair and can not be done to the detriment of low-income people and rural communities.

In 2017, Québec consumed nearly 10 billion litres of gasoline, surpassing all previous years. Two-thirds of the vehicles sold were SUVs or light trucks. The status quo is not sustainable. It is time to take concrete action to combat climate change and emissions from the transportation sector.

The opinion of the experts is clear: to reduce greenhouse gases and fight climate change, we must take concrete action by reducing the consumption of gasoline and fossil fuels. The Green Party of Quebec therefore proposes to increase the price of carbon to $200 per tonne in 2019, with an increase of $ 25 per year thereafter. However, the increase in the carbon price must take into account the economic realities of individuals, families and regions. This is why we support ways of thinking that will allow for more equitable management of the price of carbon.

We propose to offer a carbon price exemption to every resident of Quebec. The number of litres of gasoline exempted will be based on residents' proximity to public transit and their ability to reduce emissions. Children will also be eligible for an exemption. This will allow families living in the regions, for example, to receive a large number of litres of exemption while a person who lives in a large city near public transit will receive a much more limited exemption. In addition, this change will be combined with a broad extension of the public transit system, which will now be free, frequent, rapid and comfortable.

Gas tax-exempt litres of gas will be allotted on a monthly basis and each resident will have a carbon card. By presenting the carbon card to gasoline retailers, the price of carbon will be deducted from the bill directly at the pump. Each litre of gasoline purchased that exceeds the exemption will be subject to the carbon price of approximately $0.46 per liter. The money from the carbon price will be injected into the Québec Green Fund and will be used to finance public transit. We plan to exempt 40% of gas purchases in the first year and gradually reduce exemptions thereafter. This will allow the Quebec government to generate $2.7 billion in revenue for public transit in the first year alone.

In Quebec, a large number of buildings are heated with heating oil and natural gas. These fossil fuels are easily replaceable with electric heating and geothermal energy. Since Quebec has a surplus of electricity, and new wind projects seek to further increase our production capacity, replacing fuels for heating buildings should be a priority. The Green Party of Quebec supports major subsidies that will allow us to completely eliminate fossil fuel consumption for residential, industrial and commercial heating by 2025.

The proliferation of oil infrastructure is incompatible with the fight against climate change. That is why the Green Party of Quebec opposes any oil pipeline, oil port or any other similar developments such as drilling, extraction or exploitation. The construction of new infrastructure of this type will tie the Quebec economy to a declining industry for decades to come.

ABOLISHING ALL PUBLIC SUBSIDIES AND INVESTMENTS IN THE OIL INDUSTRY

Quebec spends about $300 million a year on subsidies to the oil industry. According to the Green Party of Quebec and the entire environmental movement, these subsidies must be abolished immediately. These subsidies prevent Quebec from moving towards a real energy shift and would be better invested in energy transition and support for green initiatives.

Major cities in Quebec are currently flooded with polluted air. A recent study estimates that 7,700 people die prematurely each year in Canada and that smog costs the economy more than $36 billion. At the local level, the Lung Association estimates that 1,540 of these deaths occur in the greater Montreal area each year.

To remedy the situation, the Green Party of Quebec proposes the following measures:

Each industrial project comes with GHG emissions. At present, the government does not take into account the emissions associated with major projects in Quebec. Information about these emissions is essential for any decision-making regarding a project's merits. A Green Party government will therefore introduce a Climate Test for any new government project in Quebec.

MEASURING AND REDUCING EMISSIONS BY GOVERNMENT AND PARA-GOVERNMENTAL ENTITIES

The Green Party of Quebec proposes to measure the carbon footprint of the government and its agencies (departments, agencies, Crown corporations, governmental and para-governmental agencies), and implement a carbon neutral target for the year 2035