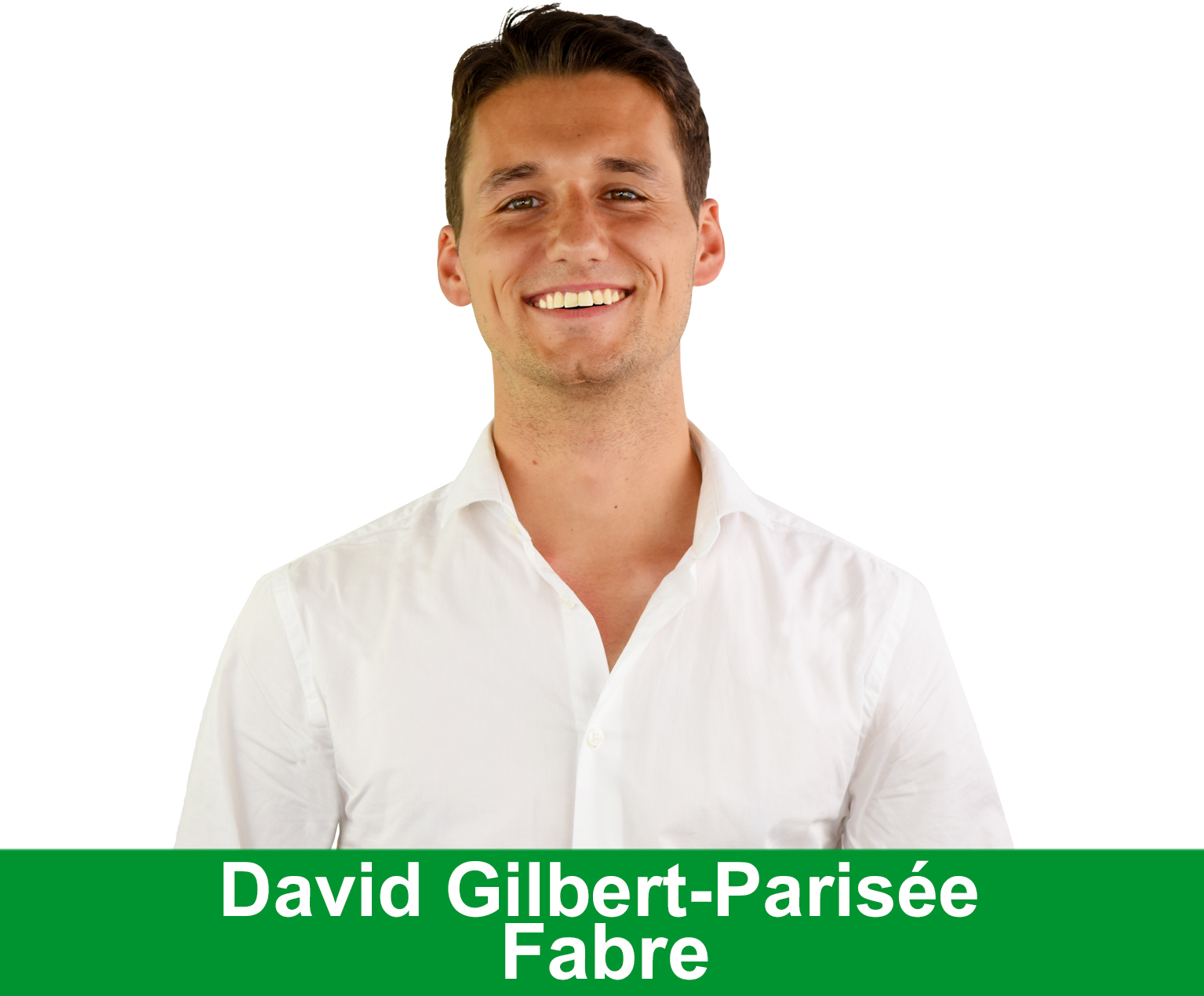 Third year student in International Studies at Université de Montréal, David Gilbert-Parisé joins the race to defend the colors of the Green Party of Quebec in the riding of Fabre. The candidate completed his high school and CEGEP in Laval and lived there all his life, so he is very familiar with the issues facing voters. From a professional point of view, David works in the vegetarian restaurant industry and also chose this healthy lifestyle.

Thanks to the nature that surrounds his riding David has developed a green conscience. Tired of the status quo, he advocates for viable alternatives and solutions specific to the challenges of Fabre. First, Mr. Gilbert-Parisé pushes for free public transport. Combined with the electrification and expansion of the networks, it would put forward alternatives to private vehicles in an underserved area. In addition, he wants to encourage community involvement that should be more important in the region. In fact, with greater collaboration, community centers could easily present their services and contribute to more social connections. This is why he is involved in politics, since he considers the sphere as essential to exercise his ideas and those of his generation.

The erosion of banks and soils, accelerated by climate change and human action, is a major issue in Fabre. David hopes to tackle the issue as soon as possible. At the same time, urban sprawl is a major challenge that jeopardizes the riding’s biodiversity. It is then essential for him to find concrete solutions to counter the destruction of habitats. Moreover, supports reforming the voting method, specifically to replace it with a regional mixed compensatory electoral system, to allow better representation of citizens in the National Assembly.

In this regard, for him, every vote for the Green Party of Quebec proves that the ideas defended by the party resonate with the population. He would like to ensure that our province and its citizens are healthy, educated, prosperous and supportive, and would be honoured to have your support in the upcoming 2018 elections in Fabre. Every vote counts!