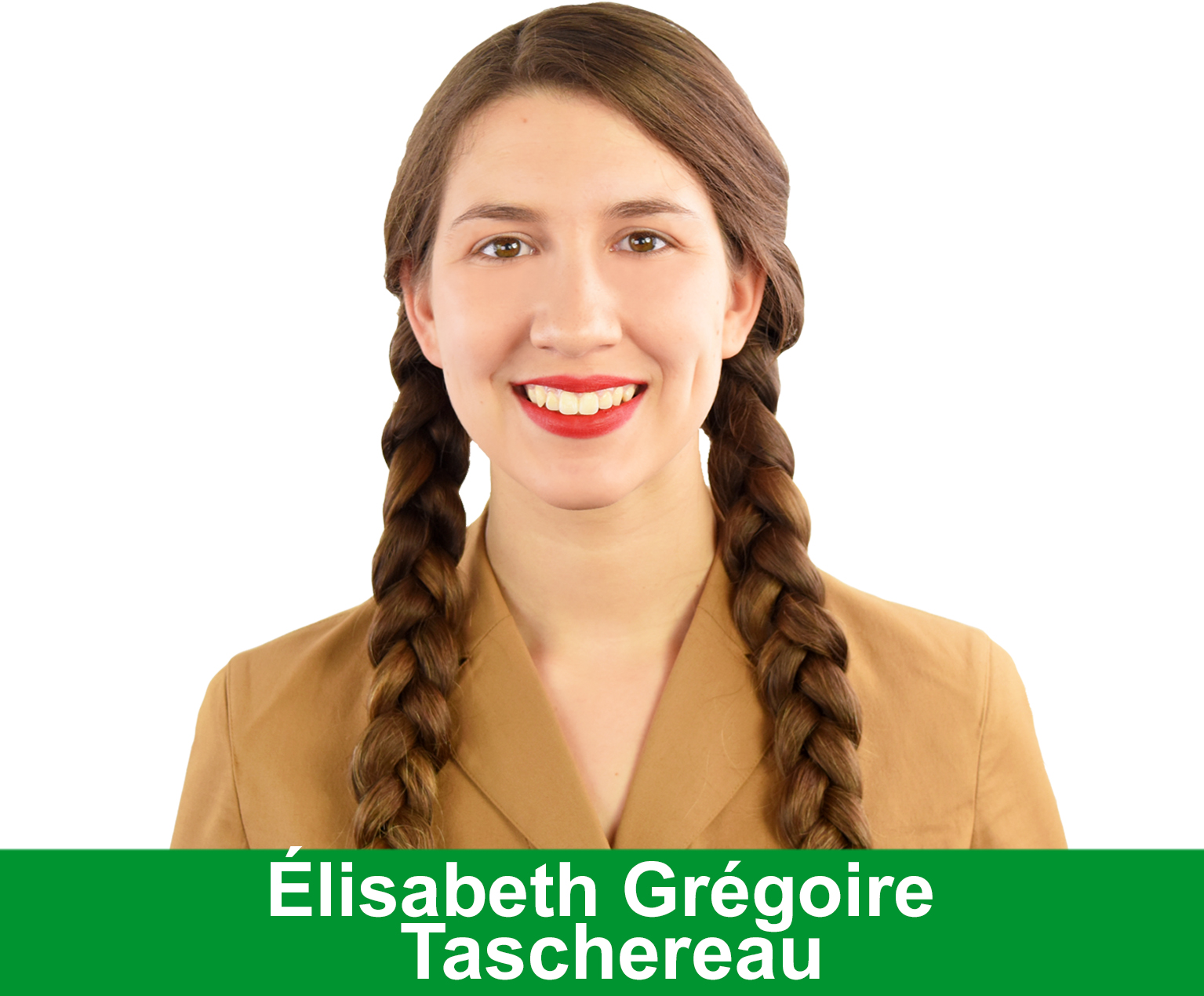 Élisabeth Grégoire is a student activist from the University of Laval in International studies and modern languages. She’s running alongside the Green Party of Quebec at the age of 22 to defend the environment and put forth discourses on social justice.

The social implication of the candidate started at the age of 13 when she told her family, her friends and, her fellow colleagues, that she was bisexual. She lived in a alienated region and was subject to intimidation by her classmates, which didn’t trigger action from her professors. At 14, she founded a LGBTQ+ club in her school to battle against homophobia and discrimination. She had to pressure the head of her school for two years for them to accept the creation of this club.

Locally, Élisabeth proposes free and open access to public transports paired with an extension of the network to discourage the use of private vehicles. She also wishes to put in place more resources in food security to come to the aid of homeless peoples. She’s saddened by the rise of the extreme right and the increase of identity discourses in Quebec, while she tries to push for more togetherness, the respect of cultural minorities and cultural inclusiveness.

Élisabeth Grégoire is a new face on the political scene, she’s determined and enthusiastic to contribute positively to Quebec democracy. She’s also very creative, likes to exchange with the public and is ready to take action to bring change and a new, young, perspective at the National Assembly.

For Élisabeth Grégoire, every vote cast on behalf of the Green Party of Quebec shows that our program resonates with the population, helps us take place in the public debate and contributes significantly to the financing of the Green Party. For all these reasons, she would be honored to have your support in the 2018 general election! Every vote counts!