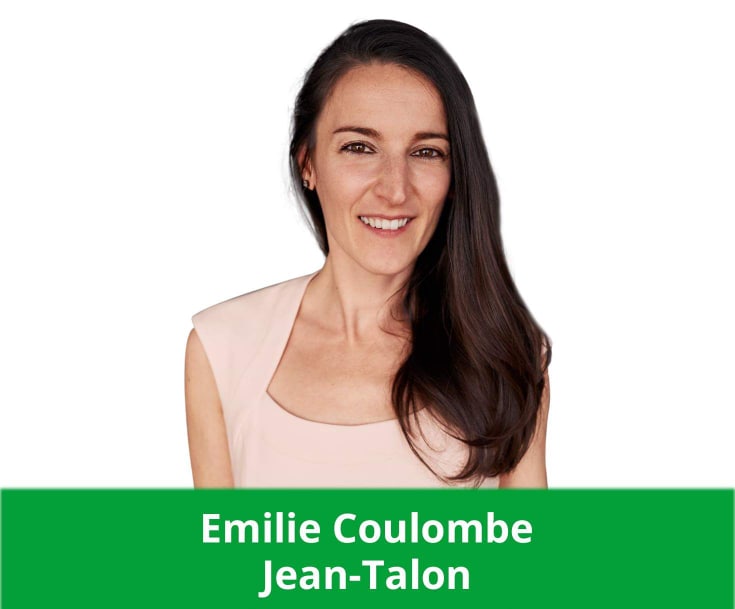 Emilie is native from Charny, on the south shore of Quebec City. She completed her secondary studies in Rochebelle, Jean-Talon, before undertaking her college education at Cégep de Sainte-Foy. From 2007 to 2013, her passion for languages and learning led her to follow Italian as well as French linguistics courses at Université de Québec à Montréal (UQAM).

Currently, Emilie Coulombe is a graphic artist for the communications management of the Ministry of Family and Education, while pursuing her voluntary work for Fondation Rivières.

If Emilie Coulombe is entering the political realm for the first time as a candidate for the Green Party of Quebec, it is because she firmly believes that the time has come for serious discussion concerning the environment, and for concrete action. She is convinced that it is our duty, as eco-friendly citizens, to take decisive measures in order to protect our ecosystem.

She is a proud member of the collective movement “J’y vais en metro” which was founded in March 2017. Emilie Coulombe aims to underline the many advantages of an underground network much like the one in Montreal, since it is faster than a tramway, has a higher passing frequency, and has almost five times the passenger capacity of a tramway!

The Jean-Talon candidate believes in stimulating mass investment in collective transportation if we are to address our environmental challenges coherently and effectively. The transition towards a green economy, far from being a constraint to financial growth, offers many opportunities for economic development and innovation by resolving environmental issues.

For Emilie Coulombe, each vote for the Green Party of Quebec is proof that our core ideas resonate with the population. She wants to ensure that the province’s citizens are healthy, educated, prosperous, and enjoy access to the infrastructure they deserve. She is honored to count on your support during this by-election in Jean-Talon.