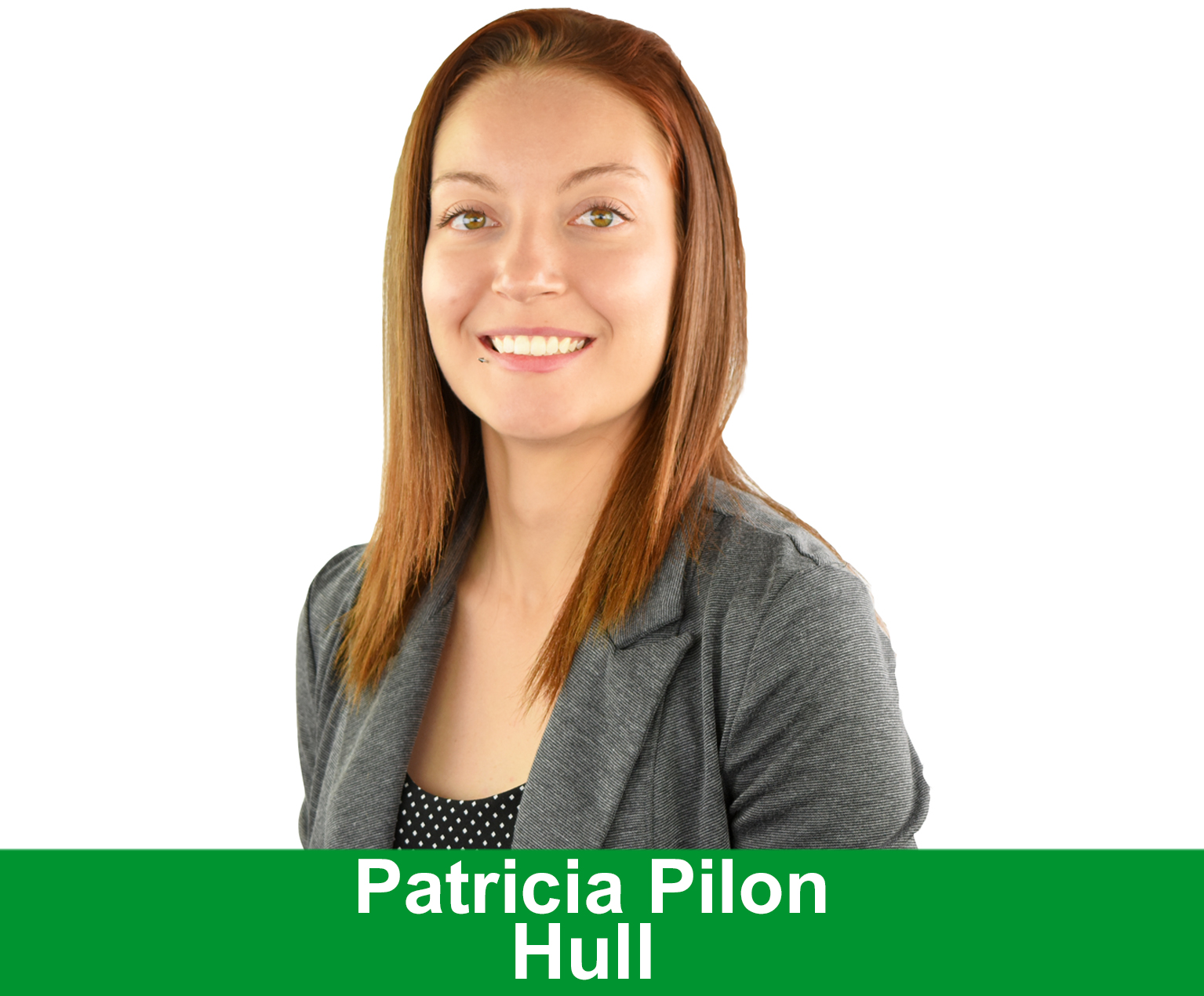 For over a year, Patricia Pilon, candidate for the next provincial election in Hull, has been working for the Quebec Green Party. It is with enthusiasm that she has decided to join a diverse and dynamic team. Her experience as a human resources officer and currently an administrative assistant led her to join the fight and advance her ideas in a riding she knows better than anyone else. After successfully completing her elementary and secondary education east of Gatineau, the candidate completed a bachelor's degree at the University of Ottawa in psychology and is currently pursuing a master's degree in industrial relations. From a professional point of view, Patricia was also an intervener in Hull in a residential center for teenagers.

With many volunteer experiences, notably at the psychiatric center at Pierre-Janet Hospital and with residents experiencing a loss of autonomy, Ms. Pilon has been confronted with the difficult realities of a health system neglected by the government. The poor quality of it’s infrastructures, the lack of resources, employees and mutual aid between them make health a major issue for the candidate. In addition, the state of public schools and the lack of materials provided to the education system causes a lack of motivation among young people. Patricia considers it is high time to inject money into the environments that require it the most. At the same time, she is pushing for a better psychological support service for students as well as more regular interventions by professionals to prevent certain behaviors among young people.

In this regard, for her, every vote cast in favor of the Green Party of Quebec proves that the ideas defended by the party resonate with the population. She would like to ensure that our province and its citizens are healthy, educated, prosperous and supportive, and would be honored to count on your support in the upcoming 2018 elections in Hull. Every voice counts!