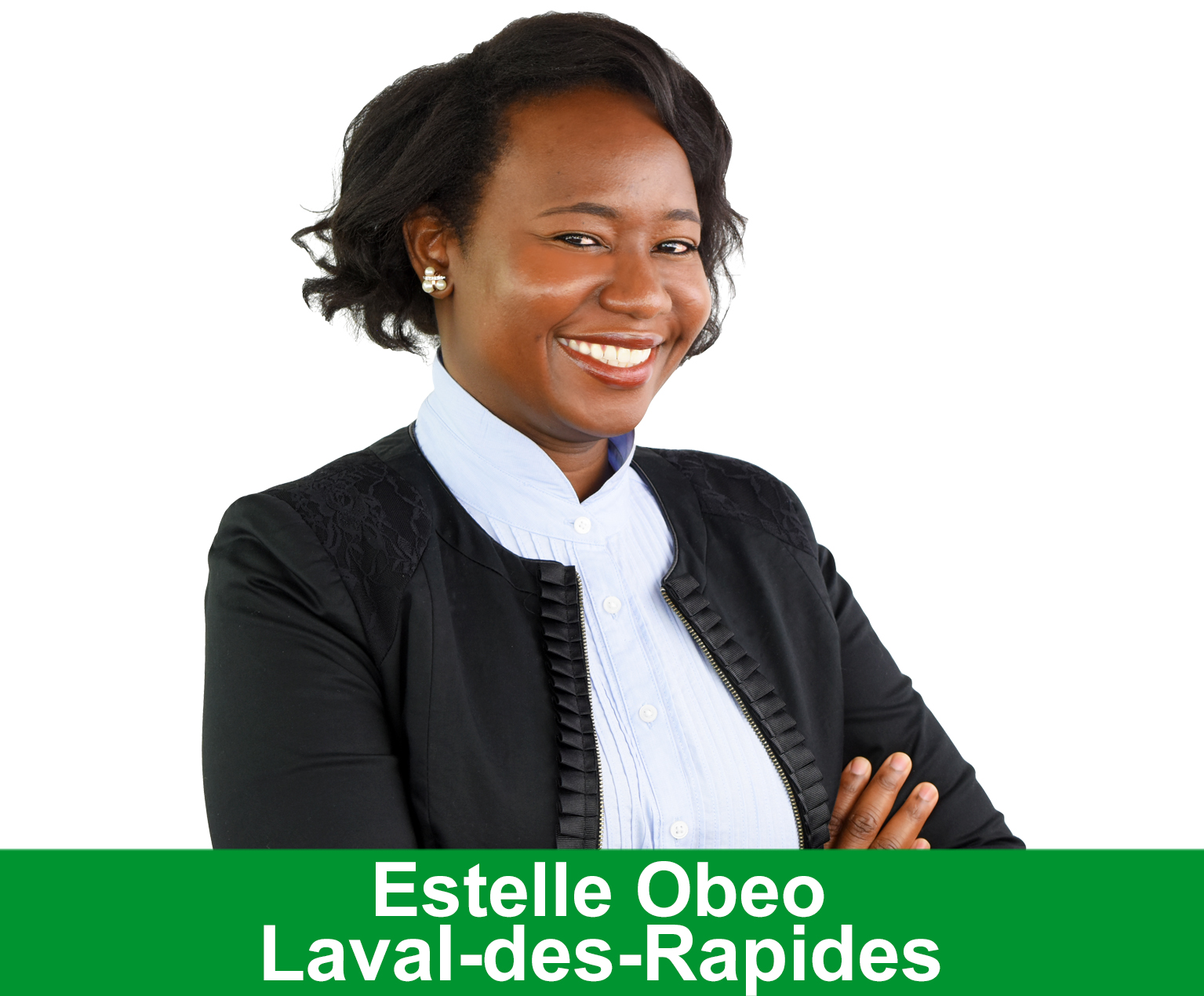 Estelle Obeo enters politics with the Green Party of Québec in the riding of Laval-Des-Rapides to provide a political alternative that is eco-socialist, multicultural, with a greater respect for the environment, more social justice and that celebrates Québec’s diversity.

At the local level, she is interested in the preservation of woodlands and riverbanks. Notably the wooded area of ​​Le Trait-carré, the last island of greenery in downtown Laval, in the grip of the aggressive real estate development that has affected the city in recent years. She is also invested in the fight against the sexual exploitation of minors.

In 2009, she opened her consulting firm and provided services to community organizations and SMEs in the Montreal, Outaouais and in Côte d'Ivoire. In 2010, she went to Burkina Faso to work with Oxfam-Québec with local partners. She has been working since 2015 as a Regulated Canadian Immigration Consultant at the Stéphane Dakouri Avocats Legal Research Center.

Ms. Obeo serves the community by working in community foundations and organizations working with cultural communities such as The MAAH Foundation, AfricaCanada.tv, Strength and African Leadership, etc. She has served on the MAAH Foundation's Board of Directors for several years. She volunteers to provide immigration legal services to vulnerable populations.

She has extensive experience in immigration, communications, administration and partnership, business development, and as a director with several public and private organizations.

For Estelle Obeo, each vote in favor of the Green Party of Quebec proves that the ideas defended by the party resonate with the population and help us to take our place in the public debate. She would be honored to be able to count on your support in the upcoming 2018 elections in Laval-Des-Rapides. Every vote counts!