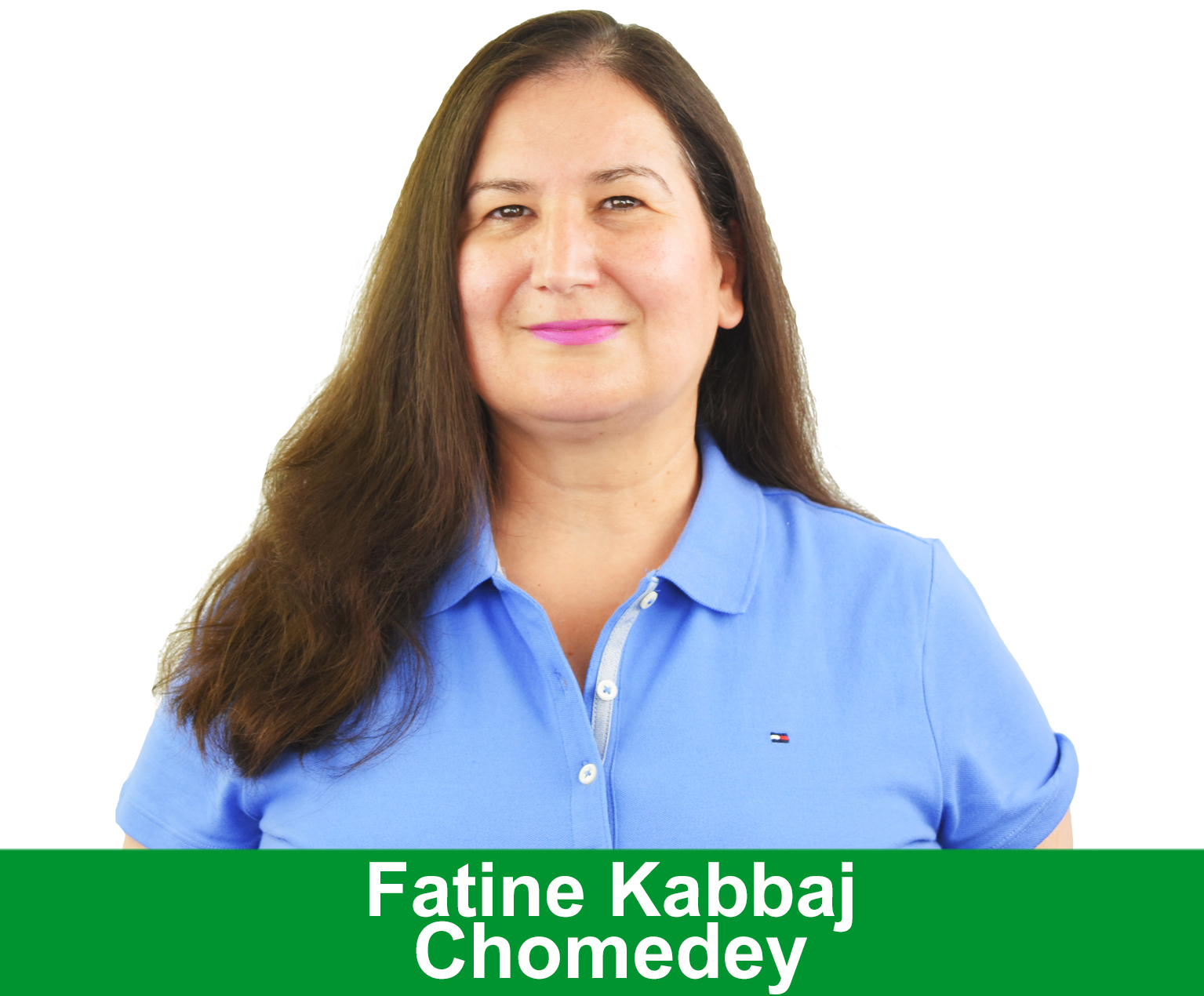 Of Moroccan ancestry, Fatine Kabbaj arrived in Quebec in 2004 and is now a candidate for the Green Party of Quebec in order to showcase values that are very dear to her. Following the obtention of a Bachelor in Public Relations, Communication studies and publicity at the University of Montreal, Fatine sieged on numerous committees in charge of sustainable development initiatives at the university and amongst the youth of tomorrow. Furthermore, when she was elected in 2009 as the Vice-President of the student council of the university, the candidate organized an action plan set on sustainable development. In 2015, Fatine integrated the university’s academic senate. In parallel to other projects on which Fatine had worked, she established a strategic plan focusing on the communication, redactory and consultatory aspects of her environmental objectives.

As a politician, the candidate hopes to help community organizations in receiving greater subventions and to especially focus on their missions. Ms. Kabbaj would like to highlight the lack of equity emanating from the wealth distribution in Quebec and will support organisations promoting the eradication of poverty. Fatine shares an inclusive vision of Quebec in which fair opportunities will be available for all. With said vision, Fatine wishes to put the priority on young adults, the elderly and the marginalized.

With an inclusive platform and a diversified team, representative of the Quebecois nation, the Green Party of Quebec is a perfect fit to Ms. Kabbaj’s values. Province wide, Fatine pushes for a greater recognition of foreign diplomas in order to diversify and motivate the province’s economy, but mostly as to support the lack of workforce, which is especially affecting Quebec’s regions. In addition to fighting for a greater respect of the environment, she pushes a greater sensibilisation of today’s and tomorrow’s adults on the environmental issues that might affect Quebec in a near-future.

Regarding this issue, in her opinion, each vote recorded by the Green Party of Quebec proves that the party’s mandate resonates within the population. Ms. Kabbaj hopes to make sure that the province and its citizens remain in good health, educated, prosperous and united. She would be honoured to count on your during the 2018 provincial elections in Chomedey. Every voice matters!