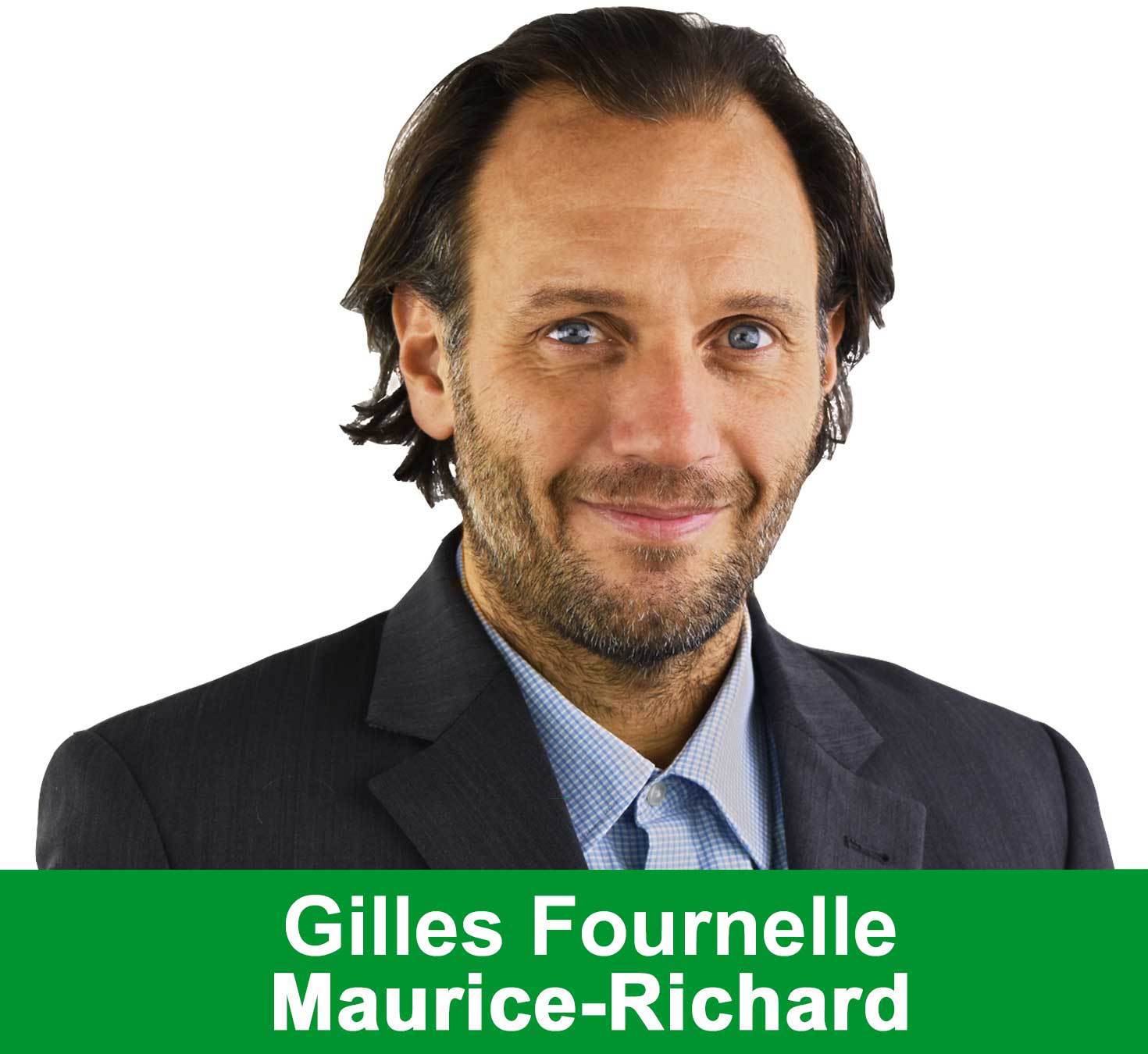 Born in the St-Henri neighborhood of Montreal in 1973, Gilles Fournelle was removed from his biological family at the age of 6 months to find himself in an orphanage in the east of the city. Then, he is taken care of by a couple from Ahuntsic, a neighborhood that Gilles has been living since. Although, he went to St. Paul-of-the-Cross school, Sophie-Barat school and College Ahuntsic. He has long traveled the streets of the neighborhood where he was a camelot from 12 to 18 years, and even delivering the Montreal newspaper to the home of the famous number 9 of Canadians from whom the disctrict will be named.

Gilles Fournelle goes into politics for the first time, inspired by the values ​​he finds in the Green party of Quebec, whether respect for others, environment, human rights and all human beings living. Gilles has a great sensitivity to social inequalities and discrimination of all kinds. His adopted childhood life has managed him to develop a great listening, a beautiful empathy and a great sensitivity to the suffering of others.

He holds a Bachelor's degree in Communication (human relations) and a major in Geography. He had the privilege of teaching 10 years to school adaptation children in high school. As a committed teacher, he has improved his extracurricular skills by being an ice hockey coach and a hockey-cosom coach. He handed his salary as a coach to the school to allow disadvantaged young people to benefit from lower fees for their registration for activities.

He embraces the minimalist philosophy, a complete turn inspired by his children whom he wants to leave an inspiring and clean planet. He cares about his ecological footprint and works hard to reduce it as much as possible day after day.

Gilles wishes to raise awareness among Ahunstic's fellow citizens with the deep values of the party: ecological wisdom, non-violence, social justice, sustainable development, participatory democracy and respect for diversity. He is very happy to try to inculcate them to his two children in a spirit of benevolence.

For Gilles, each vote cast on behalf of the Green Party of Quebec demonstrates that the values, proposals and ideas defended by the party resonate with the public and helps us to take a place in the public debate. Political parties are also funded according to the number of votes they receive. For all these reasons (and more), Gilles Fournelle would be honored to be able to count on your support during the elections. Every voice counts!