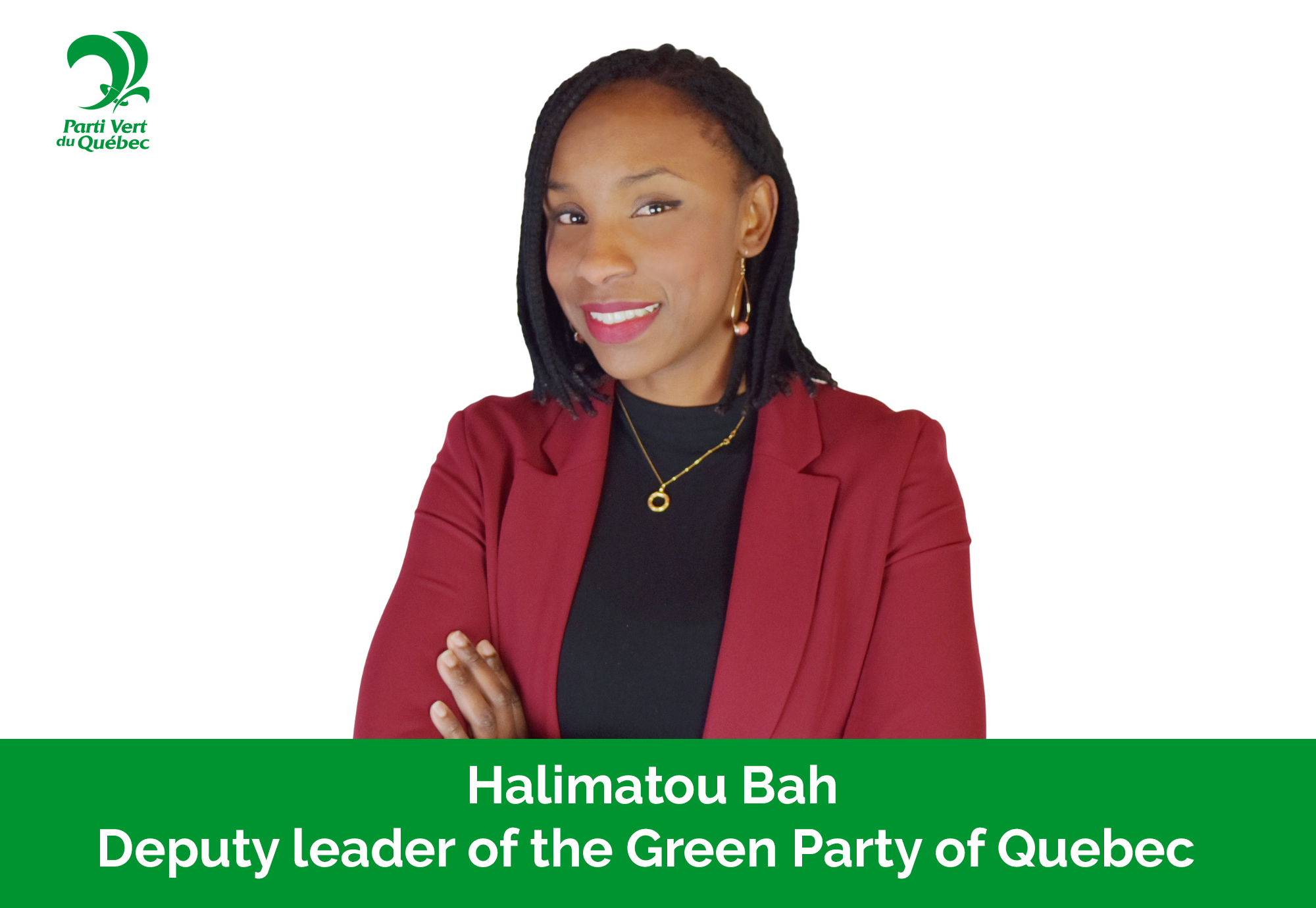 An activist and deeply concerned by environmental and social justice issues, she chose to become involved with the Green Party of Quebec because of its ecosocialist program that addresses all of these issues.

As the Green Party of Quebec’s candidate in the riding of Saint-Laurent in the 2018 Quebec general election, Halimatou Bah has been a strong advocate for greater respect for the environment, protection of wetlands, massive investments in public transit, as well as greater recognition of diplomas obtained abroad.

As a mother of two young children and particularly affected by the realities facing Quebec families, she has also committed herself as the GPQ’s spokesperson for the Family file to press the Legault government and ensure that the interests of Quebecers are preserved.

Halimatou Bah is also a feminist and fights vigorously against injustices and violence against women. Domestic violence has serious and sometimes fatal consequences within families. For Halimatou Bah, the answers and solutions provided are not enough. It is a systemic problem for which we must demand more action from the justice system and the government in place.

Today, Halimatou Bah, Deputy Leader of the GPQ, intends to continue to lead her fight by ensuring that the GPQ is heard in the political arena, in the media and among the general public.

To contact your Deputy Leader about her position, please contact the attached email address communications@pvq.qc.ca or the following cell phone number: 438-926-1803.