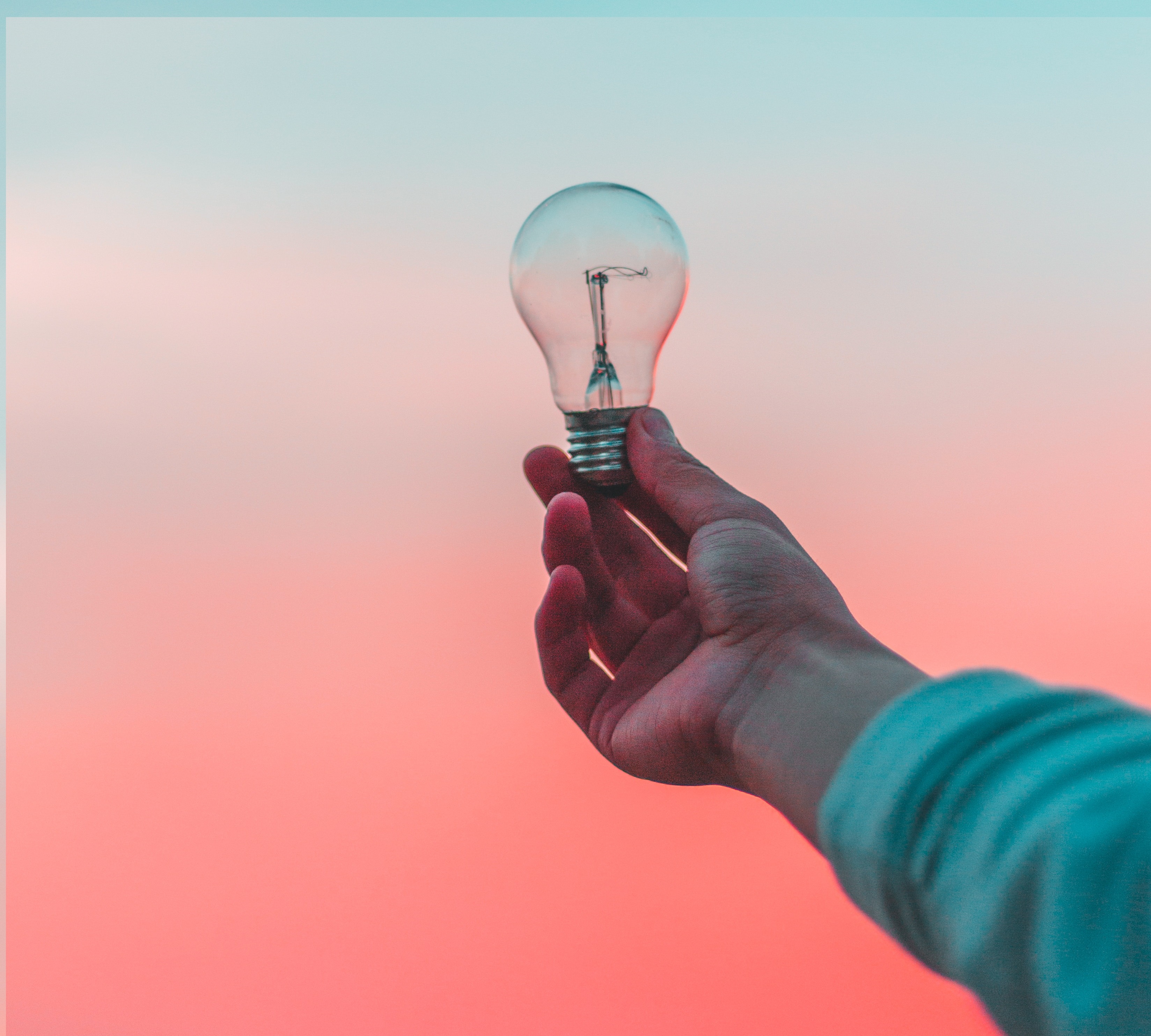 To help reduce GHG, The green Party of Quebec would like to implement a carbon tax. It would replace the Carbon Market that is in place at the moment. With a Green government, the carbon tax would  increase to 100$ for a ton of CO2 and would increase 20$/year (adjusted to inflation) until 2050 before being reevaluated. The carbon tax would therefore attain 720$ in 2050 (adjusted to inflation). This gradual and constant increase would give the opportunity to companies to reach carboneutrality by 2050. The tax would also be calculated for goods that are consumed in Quebec but are produced elsewhere. The money raised would solely be used for the fight against climate change and the energy transition.

To reduce the consumption of fossil fuels, a Green government would impose a 25% tax on fuel. It would allow the government to raise 3 billion dollars in revenue. This amount would be invested in the Green Fund of Quebec and would help to finance the energy transition, large public transit projects and energy efficiency programs that would all contribute to reduce our dependence to fossil fuels.

The Green Party supports an increase of the fees for all vehicles. This increase would be more prominent for SUVs and residents of urban areas that live close to public transport facilities. The tariffs would be adjusted to the size of the vehicle and the residential location of the owner.

We also support a significant increase on luxurious vehicles taxes (planes, boats and cars). Quebec has a license plate fee of 1% of the value over 40 000$ for luxury vehicles since 1998. This rate progresses only very slowly, and consequently the green Party would raise it to 5%.

At the moment, Quebec faces a major problem : the inefficient buildings in energy consumption. It increases our consumption of electricity and fossil fuels. It is time to renovate the buildings in Quebec.

The Green party proposes a vast program to increase the energy efficiency of our buildings. A better insulation of the buildings being the number one priority, the program would be followed by investment in geothermal energy, windmills, etc. I would create numerous quality jobs in Quebec, reduce our energy consumption and modernize infrastructure in Quebec.

At the moment, waste management in Quebec is deplorable. Companies have difficulty to finance the recycling operations and the state needs to intervene to ensure a healthy management of the…. The Green Party of Quebec would increase the eco taxes already in place and would apply it to a greater number of products. This measure aims to reduce our global consumption of new products and guarantee the ecological recycling of products.

In Quebec, the vast majority of our waste is not treated adequately. Electronic devices, cars, cellphones, fluocompact light bulbs and batteries are good examples of poorly recycled products in Quebec. Although the government already put an ecotax in place, the Green Party believes it is time to expand the program to cover every products that can be recycled. It would create jobs in the province in a promising industry and would allow the expertise to be exported around the world.

REDUCTION OF SUBSIDIES TO LARGE COMPANIES

In Quebec, companies benefit from generous subsidies that go against the free-market principle, praised by the government. It allows money from taxpayers to be directly transferred to private companies. The Green Party of Quebec wishes to transfer those subsidies and invest it in the energy transition.

The government spends millions of dollars to support fuel, gas and mining companies in Quebec. The Green Party of Quebec opposes those subsidies that are given according to the neoliberal principles and harms the healthy management of public funds.

In Quebec, billions of dollars are given to the private sector in the form of mining rights although the government doesn’t receive any significant return on the investment. The Green Party of Quebec believes that mining companies should pay 50% of their revenue in taxes. The rate at the moment turns around 1-2%. The increased revenu would allow the government to provide quality public services, fight against poverty and facilitate the energy transition.

Quebec is a major producer of hydro-electricity and now posseses a humongous energy production capacity. The Green Party wishes to make the building more energy efficient by numerous targeted investments. Those programs, combined with an increase of production in geothermal and windmills electricity, would increase our capacity to export our electricity surplus. The money raised would be invested directly in energy efficiency programs.

RAISE TAXES FOR THE WEALTHY

The Green Party would like to increase the number of tax brackets. There would be a bracket for every 10 000$ increase, to help tax the people who make more than 120 000$ annually. The increased number of brackets would help to target the taxes on the wealthy. The increased rates would not exceed 75% for the wealthiest and everyone making more than 100 000$ would not see their taxes raised.

The Green Party proposes to triple the provincial taxes for large companies to reach 35%. This policy would level the field between large companies and citizens. Nonetheless, the party would not raise taxes on SMEs, and commits to help them grow with subsidies and tax credits. It would also help to develop cooperatives that follow a new business model that promotes sharing the profits within their communities.

SPENDING OPTIMIZATION FOR THE ROAD NETWORK

The drastic change towards public transport would help reduce the number of vehicles on the roads in Quebec. We need to invest to raise the quality of our roads and highways, to make them more durable, and reduce the cost of maintenance. To do so, a Green government would fund a study to find the best ways to build and optimize the most efficient road network possible.

At the moment, many companies operating online do not pay any sales tax like all the local businesses do. The situation therefore benefits the giant online companies and harm local businesses. To level the playing field, the Green Party would start collecting the sales tax for every online sales, including products and services. Companies like Netflix would consequently have to start to pay the QST.

The green Party of Quebec supports a 1.5 % tax per year on the capital of financial institutions. It would help generate revenues of more than 500 millions per year and would be used to finance free tuition, from kindergarten to university.

The legalisation process of marijuana has started, but the legislation surrounding producers is still very constraining. The new legislation will keep the producers criminals by definition and will give big companies the access to dominate the legal market. Also, it is very unlikely that the quantity produced legally will be able to meet the demand. The black market will still be flourishing and the state will be deprived from millions of dollars of tax revenue. The Green Party proposes to increase the number of legal producers and sellers to increase its revenue while helping to decentralize the industry.

Quebec loses 700 millions of tax revenue every year because of tax havens. To help solve the problem, the Green Party would quadruple the budget of the Action Plan 2017 to fight against tax havens to attain 40 millions. This investment would easily be reimbursed by the amounts recovered.

The budget for culture ministry is often seen as a spending although it is a big source of revenue.  We wish to make culture a pillar of our economy by giving it its rightful place. Quebec’s culture is rich, shines across the world, and is a big source of national and international tourism. We need to reinvest in the industry to truly benefit from this sector.

The culture industry is one of the few that can use efficiently funds that are being invested, with a small administrative fee. Also, those investments usually translate to a raise of job levels.

For every dollar invested in culture, 2.70$ dollar is made (Finances of Performing Arts Organizations). It is an industry with an incredible economical potential.

The Culture Satellite reported in 2010 : « the economic benefits directly linked to the culture industry were estimated at 12.8 billion dollar, contributing 4.1% to Quebecs GDP, putting Quebec in the first place in the country. The different cultural industries created 175 000 jobs in the province, representing 4.5% of all jobs.

For the years 2009-2010, the government expenses in culture represented 1 billion dollar and generated more than 10 times that amount in economical benefits.

Therefore, we support the idea proposed by «La culture, le coeur du Quebec» to raise the budget allowed for culture from 1.1% to 2% of the budget.

We propose to finance the increase of culture budget by raising a tax on publicity for large companies. It would allow to adequately finance the Cultural industry while helping to fight overconsumption.