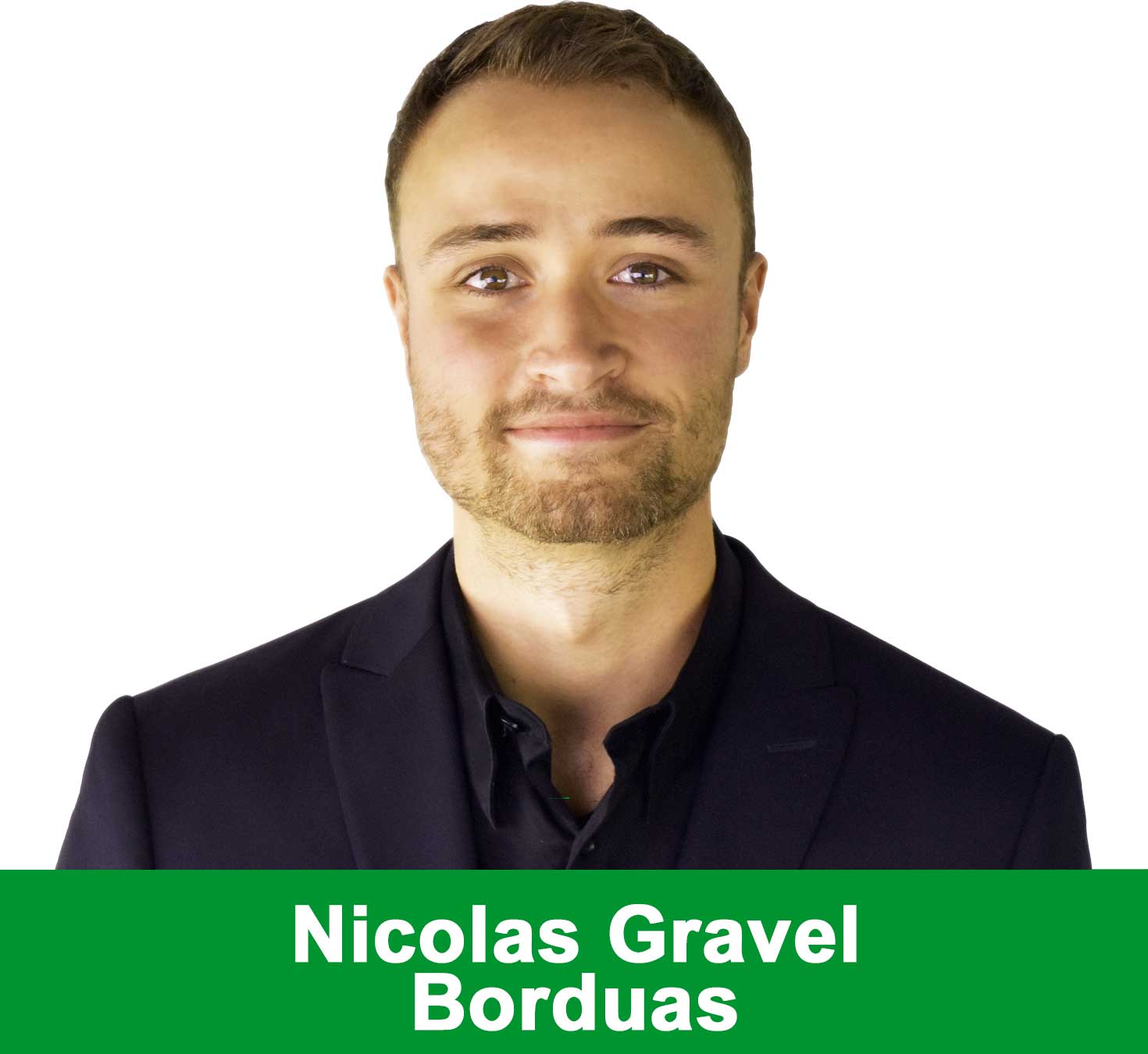 Nicolas Gravel made the jump into politics to participate in the fight towards a greater respect of the environment, and a greater involvement of the youth in the political scene.He is currently pursuing a political science bachelor at UQAM university and lives in Saint-Hilaire since 2005.

Locally, Nicolas Gravel wants to improve the public transportation services in order to unclog roads, reduce greenhouse gas emissions, and facilitate the urban movement of the population. To increase the amount of users, he recommends free access to public transports to stimulate the demand and encourage a social transformation.

If elected depute of the Borduas district on the 1st of October 2018, Mr.Gravel promises to be a representative who consults and listens to his citizens, through the implementation of citizen forums through which political concerns, ideas, and propositions will be discussed.

He completed a DEC in human sciences at CEGEP de Saint-Hyacinthe and studied the film industry. Big on sports, he has been playing for the Basketball Montreal league for the last three years. He volunteers for the red cross and has travelled around multiple countries, such as the US, Germany, Island, France, Turkey, Bulgaria, Serbia, Bosnia, Morocco etc.

At 26 years old, Nicolas Gravel belongs to a generation that is directly threatened by numerous environmental problems. He strongly believes that the involvement of youth is key to the fight against climate change. For Nicolas Gravel, each vote cast in the name of the Green Party of Québec demonstrates its platform and values resonate with the population, helps us expand within public debate, and significantly contributes to the public financing of the party. For all the reasons above, and many more, Nicolas would be honoured to be able to count on your support in the elections. Every vote counts!