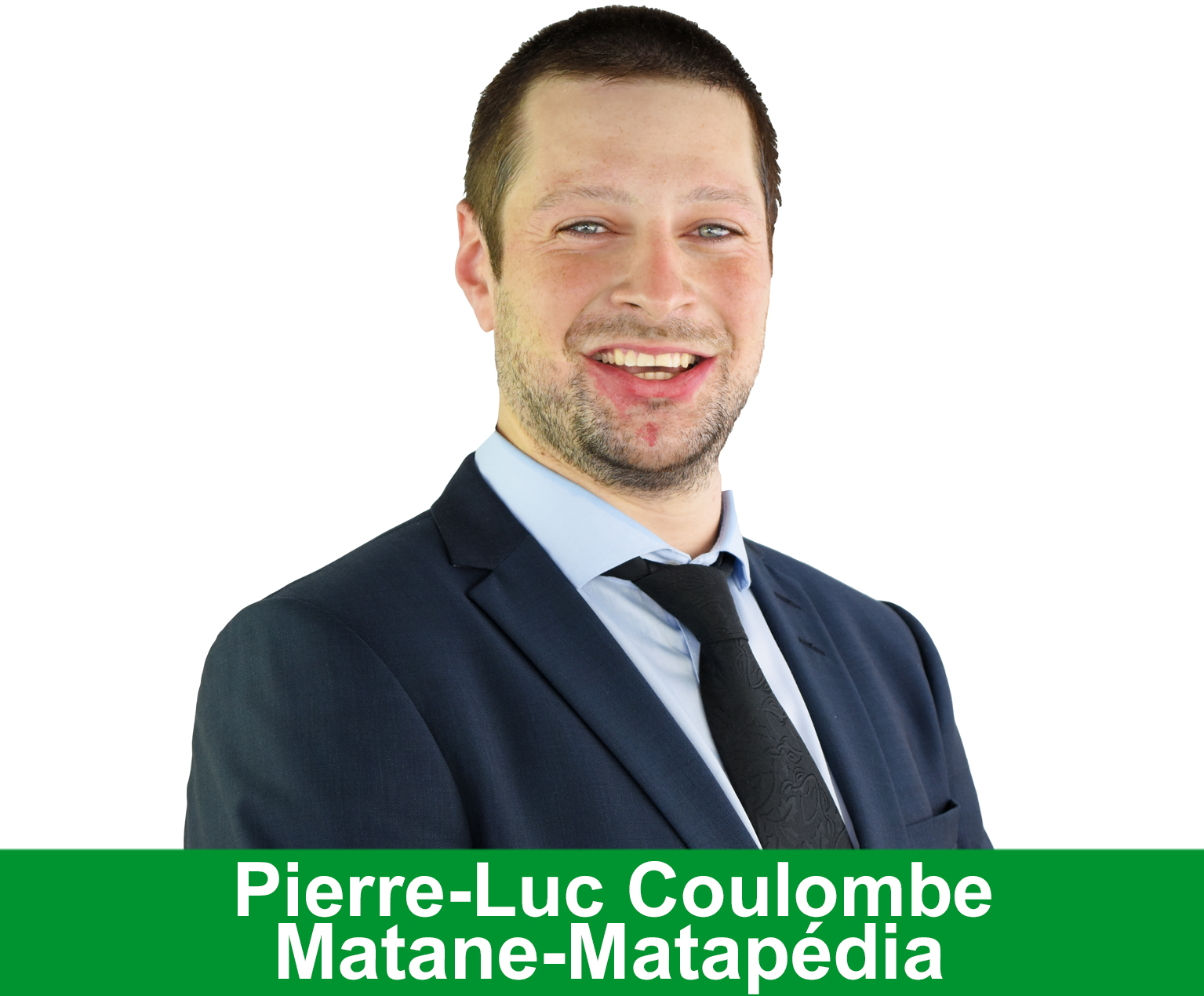 Passionate about politics, Pierre-Luc Coulombe is an enthusiast of finance and economics. He joins the cause of the Green Party of Quebec hoping to establish a healthy balance between economic success and environmental prosperity. He is currently pursuing a Master's degree at HEC Montréal in Financial Engineering after having successfully completed a Bachelor's degree in Finance. Indeed, Pierre-Luc was mentioned on the Dean's Honor Roll, in addition to having successfully completed all three CFA Institute exams. In parallel to his studies, Pierre-Luc is a great sportsman and his taste for hockey makes him a candidate with an unparalleled team spirit. In the past, he defended the colors of the Rimouski Océanic and the TGV Pentagon of Mont-Joli. Raised in Matane, the candidate wants to see the province move beyond short-term policies in order to put real solutions in place, rooted in wise, diversified and sustainable economic knowledge.

The erosion of banks and soils, accelerated by climate change and human action, is a major issue in Matane-Matapedia- (La Mitis) that Pierre-Luc hopes to tackle as soon as possible. The candidate is also against the subsidies of private educational institutions, considering that these operate at the disadvantage of public schools that, like Le Mistral High School of Mont-Joli, do not choose their students and take care of integrating young people with various difficulties in society. Pierre-Luc also believes that it is important to take care of the health staff because they are struggling to take care of us and is sorry to see the budget cuts and exhausting working conditions in the region. In the long term, in order to preserve education and health services, Pierre-Luc knows that an increase in the population in the three RCMs of the riding is mandatory. Although he believes that the outgoing MP's record is, in general, positive, he believes that political and ideological renewal is necessary.

As Matane-Matapedia- (La Mitis) is a region rich in natural resources and landscapes but it has a strong lack of economic diversity. Despite an attractive quality of life, according to the citizens, there is a real lack of opportunities, but especially stability, to attract young people to the region. For this, Mr. Coulombe supports the project of the inhabited Ecoterritory of Matapedia, a project that aims for sustainable economic and social development in the MRC of the same name. This would diversify the local economy and make it much more attractive, while providing quality services to citizens. Also, Mr. Coulombe unconditionally supports wind development and will use his skills in finance to defend this vital economic sector at the MRC de la Matanie. He believes that the arguments mentioned by the political actors to defend the wind are weak and intends to demonstrate the economic advantage of it for the province of Quebec.

In this regard, for him, every vote cast in favor of the Green Party of Quebec proves that the ideas defended by the party resonate with the population. He would like to make sure that our province and its citizens are healthy, educated, prosperous and supportive, and would be honored to have your support in the upcoming 2018 elections in Matane-Matapédia- (La Mitis) . Every voice counts!