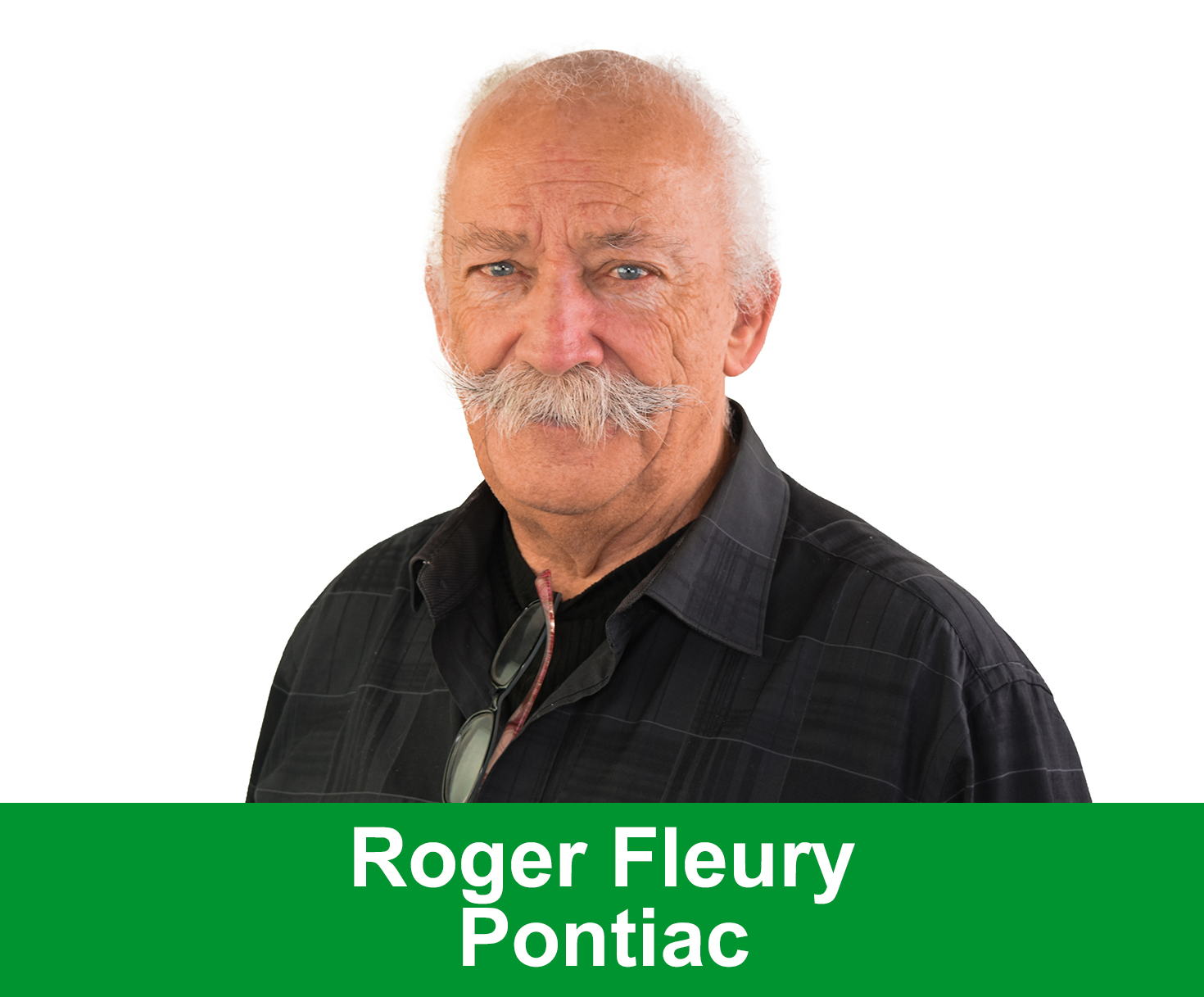 Roger Fleury is an activist who militates for First Nations rights and leader of Kichesipirinis. Born in 1942, adopted by Hector and Émilie de Chapeau, blood mother lacoursière, Montcerns-Lytton bordering Kitigan Ibi. He grew up in the riding of Pontiac and is familiar with the local reality. Roger studied education, labor law and international organization, which led him to become a professor of history and economics at Polyvalente Nicolas-Gatineau.

Roger is a father of three and fights daily for the well-being of his children. Indeed, his elder Jean-Pierre, suffered from a rare form of epilepsy that led to the reduction of his cognitive development. This long parental battle allows him to know personally the reality of parents and individuals affected by a constant grief that accompanies an intellectual disability. As a candidate, Roger would like to, among other things, raise the awareness of the public and the institutions on this fight that has been his for many years.

On the political scene, Roger Fleury advocates for greater respect of First Nations, the environment, a fair sharing of wealth and a justice system for all, not only the rich. In 2014, the City of Gatineau threatened to destroy an archaeological site dating back more than 7000 years. Roger Fleury and his collaborators then opposed the project by occupying the site in question with tepees and a sacred fire for 43 days before being imprisoned and accused criminally. Today, the city admits; whereas these excavations allowed the discovery of a large number of artefacts of great scientific and patrimonial value, which was defended by the chief Fleury, and incredibly the city perpetuates the cultural genocide in his words: "the site of the excavations is a piece of land belonging to the town of Gatineau and therefore the artifacts belong to it "(one wonders where are its original titles, since the Anichinabeg lands have never been sold).

The historic importance of the site is now highlighted by the City of Gatineau and the 125,000 artifacts covered are now recognized for their great heritage value. For his vigorous activism, Roger Fleury was unjustly subject to criminal prosecution by the city erroneously. However, he was later awarded a medal for his honor and dedication in Paris by the Universal League of Public Welfare for his many commitments.

Locally, he strongly opposes the installation of the nuclear waste dump at Chalk River, one of the world's oldest polluted sites and needs to be decontaminated; this dump project, located less than one kilometer from the Ottawa River, will put the drinking water of millions of Quebecers at risk of permanent contamination and poses a great threat to the aquatic fauna and flora of the St. Lawrence. He also defends the protection of the forest and the use of Pontiac forest resources for the people of Pontiac. It also proposes to introduce free parking for hospitals. Chef Fleury wants more autonomy for the regions, he wants the Pontiac's decisions to come from the Pontiac and not from the bureaucrats in Quebec City.

For Roger Fleury, every vote cast on behalf of the Green Party of Quebec demonstrates that our ideas resonate with the public, help us to take a place in the public debate and contribute significantly to the development of the Green Party. For all these reasons, Roger would be honored to have your support in the 2018 provincial election.