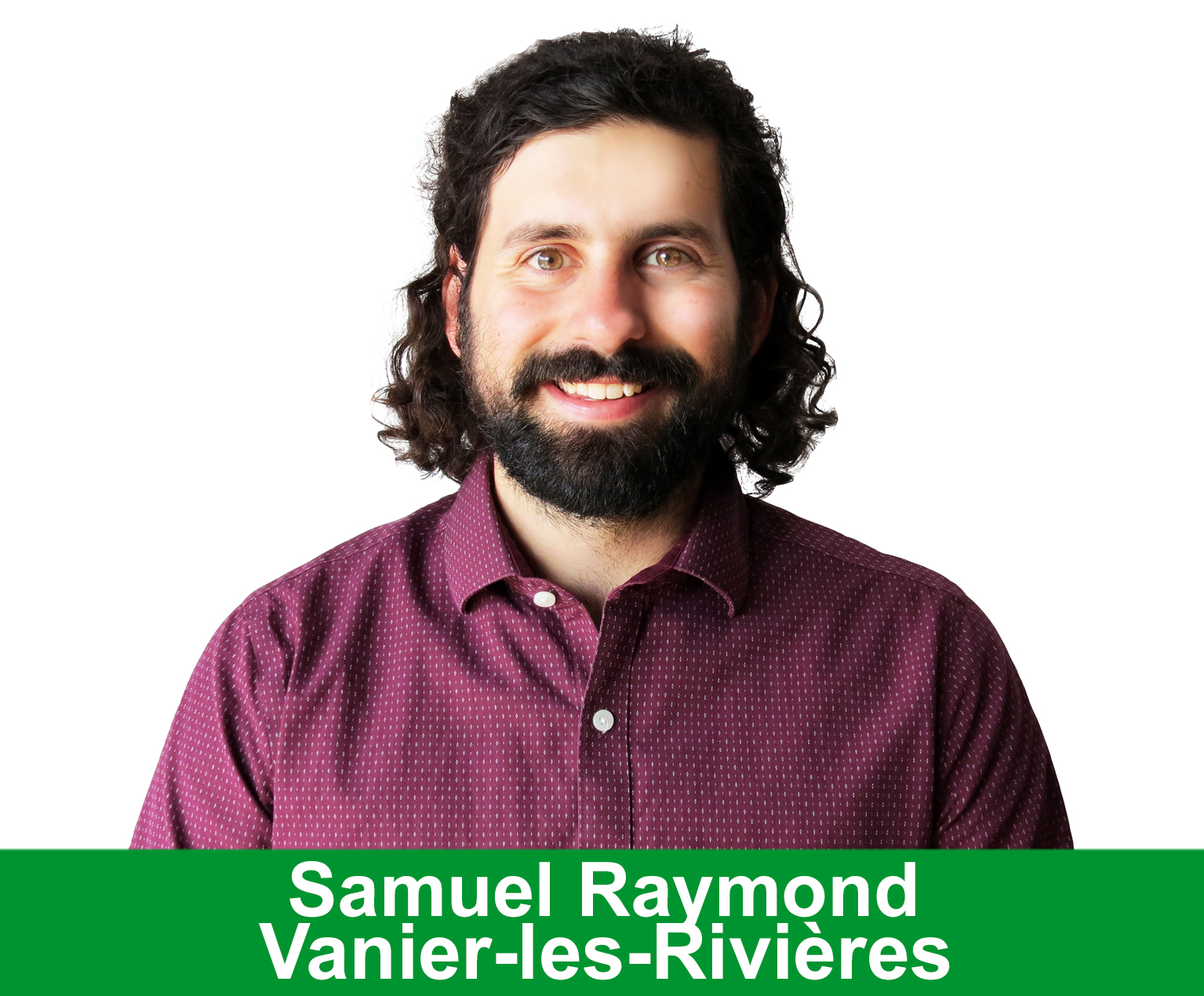 Born in Baie-Comeau, Samuel Raymond embarked in politics to put forward a platform that corresponds to him. Indeed, Samuel believes that the party's inclusive platform, as well as its diverse team, can influence the Quebec population to become thoughtful consumers and to learn about important environmental and social issues. Currently, the candidate is pursuing a Bachelor's degree in Electrical Engineering after completing a DEP in Electrical and many internships in the field of energy, including wind turbines.

The candidate pushes for collective awareness of our ecological footprint. For this, he is involved in a community garden that allows the people involved to receive local fruits and vegetables in addition to encouraging social solidarity and mutual aid. He would like to put forward these citizen initiatives and extend them throughout the province, to all communities.

For the past four years, Mr. Raymond has lived and lived close to the community of Vanier - Les Rivières, where he is pushing for free public transportation and an expansion of networks to find alternatives to private vehicles. In addition, Samuel is fighting to expand the $ 7 day care system as well as to improve the education system since it is a right and is paramount in building an environmental conscience. Finally, the candidate will campaign to encourage a reduction in meat consumption and greater respect for animal rights. Finally, he hopes to put forward the egalitarian and multicultural ideas of the party by promoting gender equality.

In this regard, for him, every vote cast in favor of the Green Party of Quebec proves that the ideas defended by the party resonate with the population. He would like to make sure that our province and its citizens are healthy, educated, prosperous and supportive, and would be honored to have your support in the upcoming 2018 elections in Vanier - Les Rivières. Every vote counts!