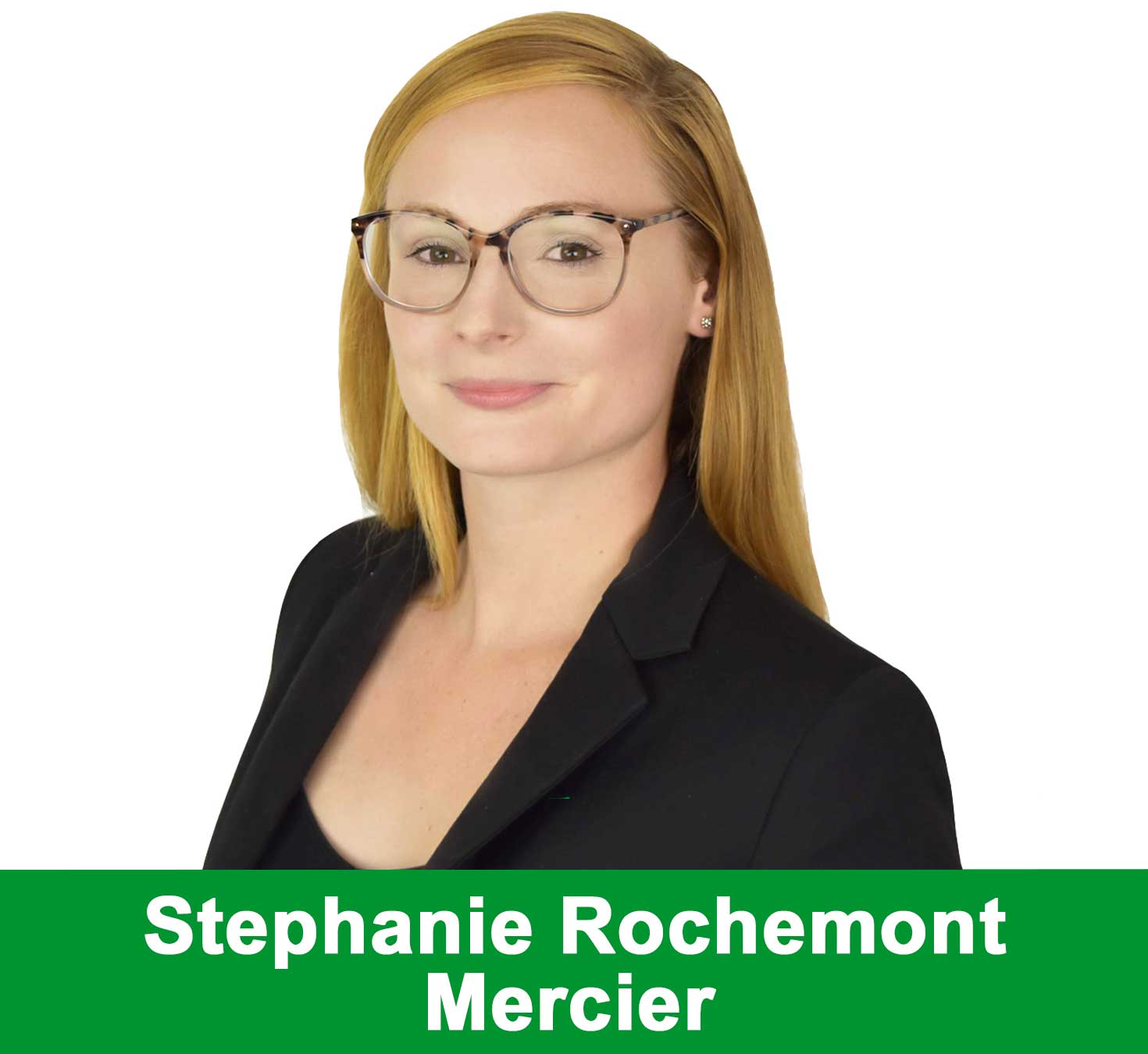 Stephanie Rochemont is a Montrealer activist who implicates herself in the protection of the environment, women’s rights, the fight against over-consumption, and the well-being of animals. She possesses a Bachelor in Environmental Sciences from Concordia University.

Stephanie Rochemont is very active in the protection of the environment. She works for Éco-Quartier since June 2017, where she was assigned to programs aimed at raising awareness about water usage, food waste, urban forestry and composting. She believes that Québec should concern itself more with the youth, and make climate change a priority, as well as put into place an ambitious program aiming at reducing GES, protecting green spaces and reducing food waste.

Mrs Rochemont defends a greater redistribution of wealth and a fairer tax system, through which the wealthier individuals and companies would pay their fair dues. She stands against sexism, rape culture, and she fights for women’s rights.

Since childhood, Mrs Rochemont holds a profound respect for natural environments and life. She stands against the destruction of green spaces and fights for greater respect of animals, which requires reducing our meat consumption, forbidding horse carriages, and amending laws that prevent from owning certain types of dogs, based on their breed.

For Stephanie Rochemont, each vote cast in the name of the Green Party of Québec demonstrates its platform and values resonate with the population, helps us expand within public debate, and significantly contributes to the public financing of the party. For all the reasons above, and many more, Stephanie would be honoured to be able to count on your support in the elections. Every vote counts!