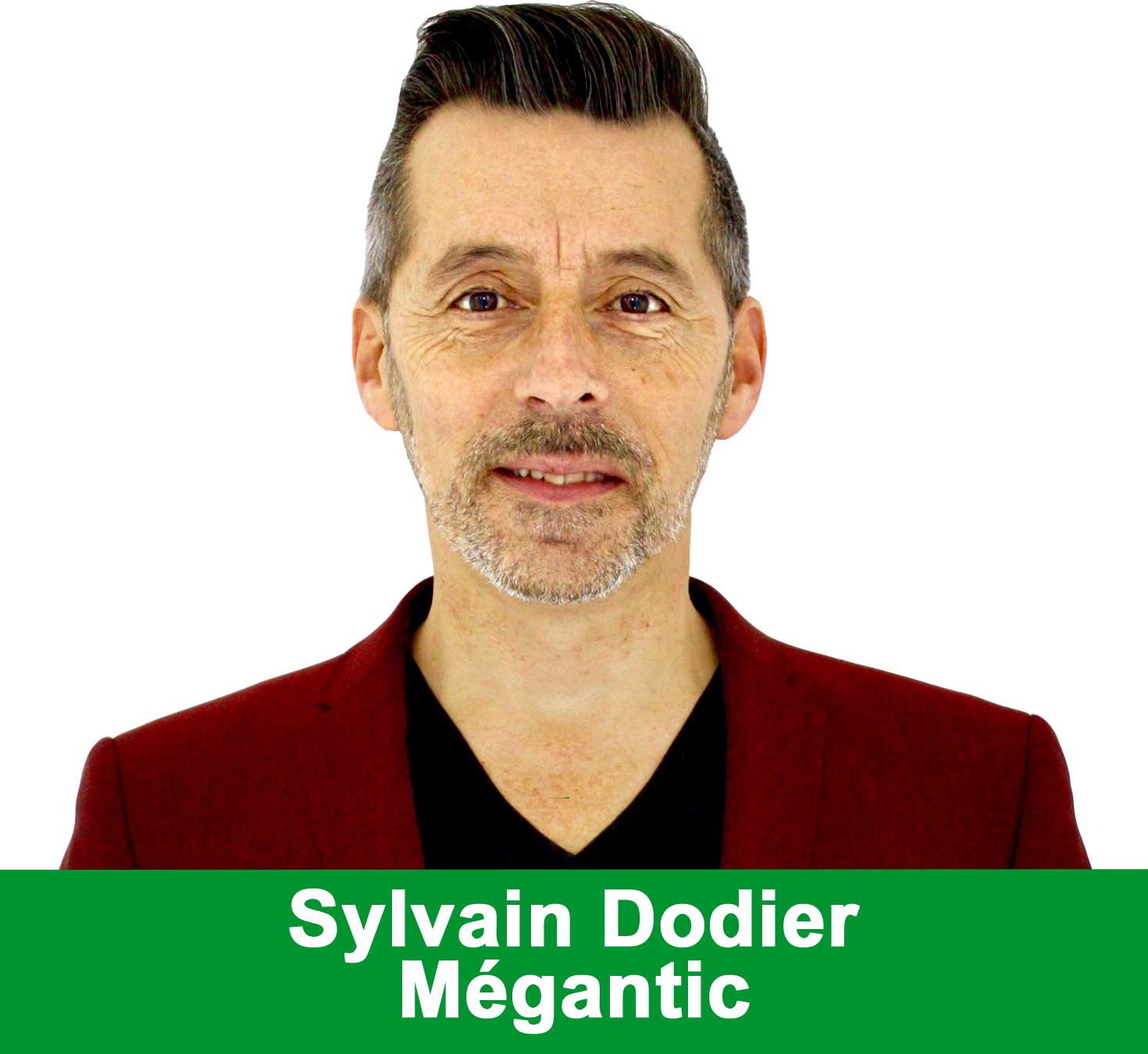 Sylvain Dodier refines his creations in Saint-Isidore-de-Clifton, a village in the County of Megantic where he was born. He is also pursue an artistic, managing and cultural mediation career. In 1977, he moved to Sherbrooke, then to Montreal, for his studies in special education, sexology and arts. For ten years, he worked in community and union circles as well as defending the rights of LGBT people.

He is also developing an innovative artistic career as a poet, digital arts artist and performer, particularly towards children. Since two decades, he shares his life between Quebec and France. In 2006, thanks to the arrival of high-speed Internet, he returned to settle in the village with his spouse, the artist and author Luc Pallegoix, with whom he developed l’Atelier Auckland on his family land. L’Atelier a nature and art center, but also an intergenerational house where solidarities are reinforced.

Engaged in his community, he has been supporting a children's literature fund since 2005 at the library of his municipality. For the past five years, he has been conducting reading awareness tours with families, schools and community organizations in his riding. He has been a director, director and consultant for several organizations and institutions including the Agora de la danse, the Canada Council for the Arts (CAC), the Quebec Ministry of International Relations and La Francophonie. (MRIF) and the Union of Quebec Writers and Writers (UNEQ). Specialist in cultural mediation, he participates in the creation and development of many concepts that mark the cultural landscape.

If elected as a Member of Parliament, he intends to speak out loudly for the residents of Mégantic County and put in place rules of transparency and advisory tools that facilitate citizen involvement. He pushes for a strong decentralization of the powers of the Quebec state to local authorities. He defends the rapid development of the public transport offer and the abolition of the fees for users as well as health services focused on prevention, home care and proximity. He wants the state to engage proactively with small producers and local entrepreneurs.

He intends to fight against illiteracy and acculturation. He wants to work for the protection of our territory by firmly opposing companies of all kinds who speculate, damage and exploit unduly our living environments and our natural resources.

He is committed to the Green Party of Quebec, convinced that the future of our world depends on ecological wisdom, sustainable development, social justice and respect for diversity.