Tommy Philippe, Green Party candidate in Chicoutimi in the 2018 elections 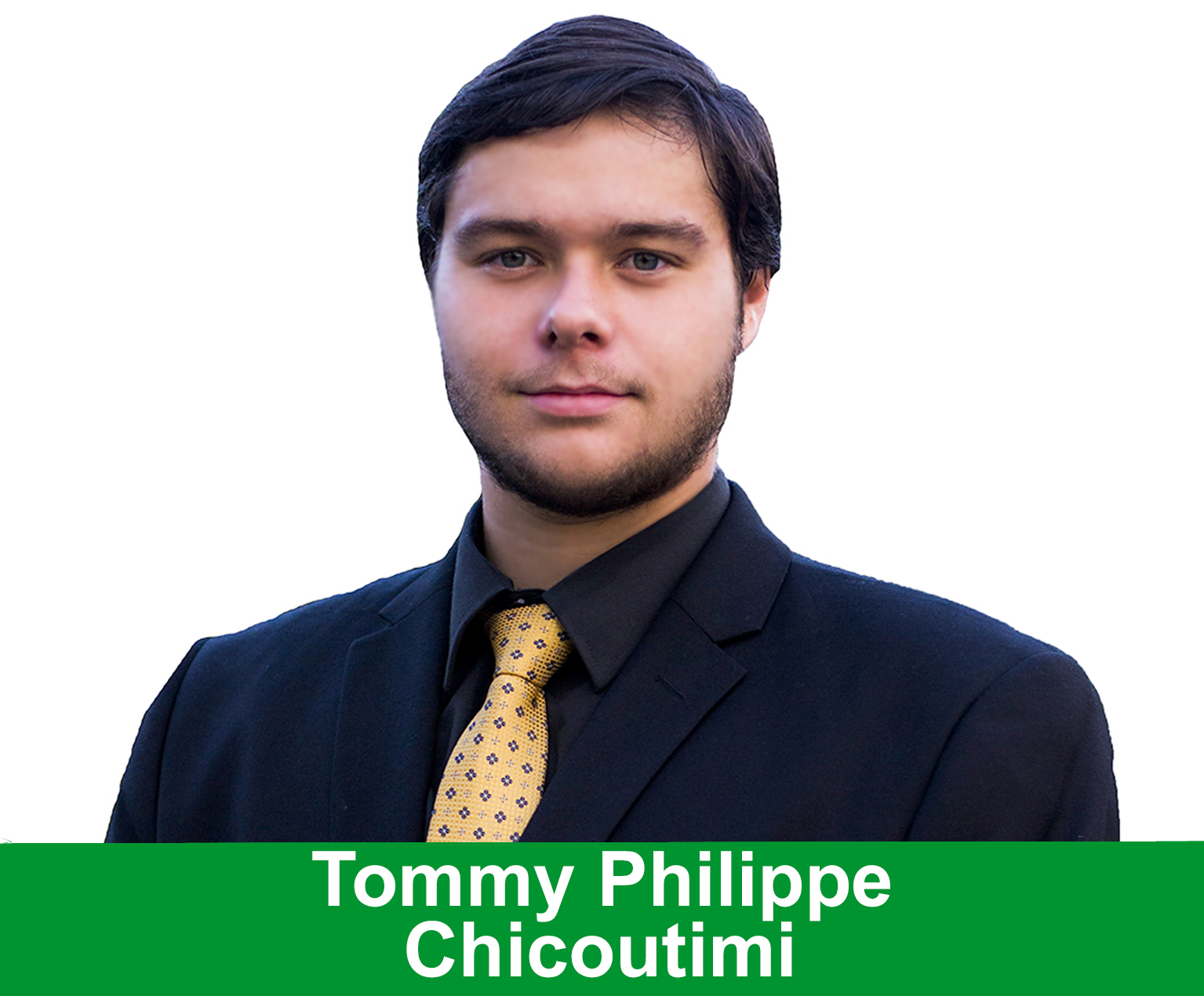 Tommy Philippe joins the movement of the Green Party of Quebec in order to put forward the priorities of Chicoutimi and its citizens. He worked in the health sector where he was responsible for the maintenance of hospitals. The candidate was also assistant manager of a restaurant and in September, he will be team leader of the soup kitchen organization of his district. In the past, he was involved in a friend's election campaign and since then, he has been involved in politics, because he considers it essential to defend his ideas, as well as those of his generation in the public debate.

Proactive, Mr. Philippe practices road cycling and maintains in his personal life an active and well balanced lifestyle. For this reason, and many more, he pushes for free public transport. Combined with electrification and expansion of the networks, it would put forward alternatives to private vehicles in an isolated area. Aware that environmental degradation is a major issue that will affect his generation the most, the candidate believes it is time to put the environment at the center of political discussions. Indeed, he advocates for the establishment of a circular economy that reduces waste and global warming, two fundamental issues facing the province. Also, Tommy believes that waste management and deforestation brought by aluminum smelters in the region are two challenges that must be tackled as quickly as possible.

His state of mind explains his attraction to the fundamental values ​​of the GPQ, since he supports the party in its fight for a socially responsible, eco-socialist and multicultural society. In addition, faced with the challenges of the health care system on a daily basis, the candidate is eager to push for greater funding and improved infrastructure to provide to all citizens better quality services. He would like to invest in the people of his riding and allow them to build for them and for the next generations a bright future, including free education. Finally, the candidate would like to invest in research and development of alternatives to shale gas towards green, sustainable options, such as biogas.

Tommy Philippe would like to embody the change he wants to see in the world. In this regard, for him, every vote cast in favor of the Green Party of Quebec proves that the ideas defended by the party resonate with the population. He would like to assure us that our province and its citizens are healthy, educated, prosperous and supportive, and it would be honored to have your support in the upcoming 2018 elections in Chicoutimi. Every voice counts!