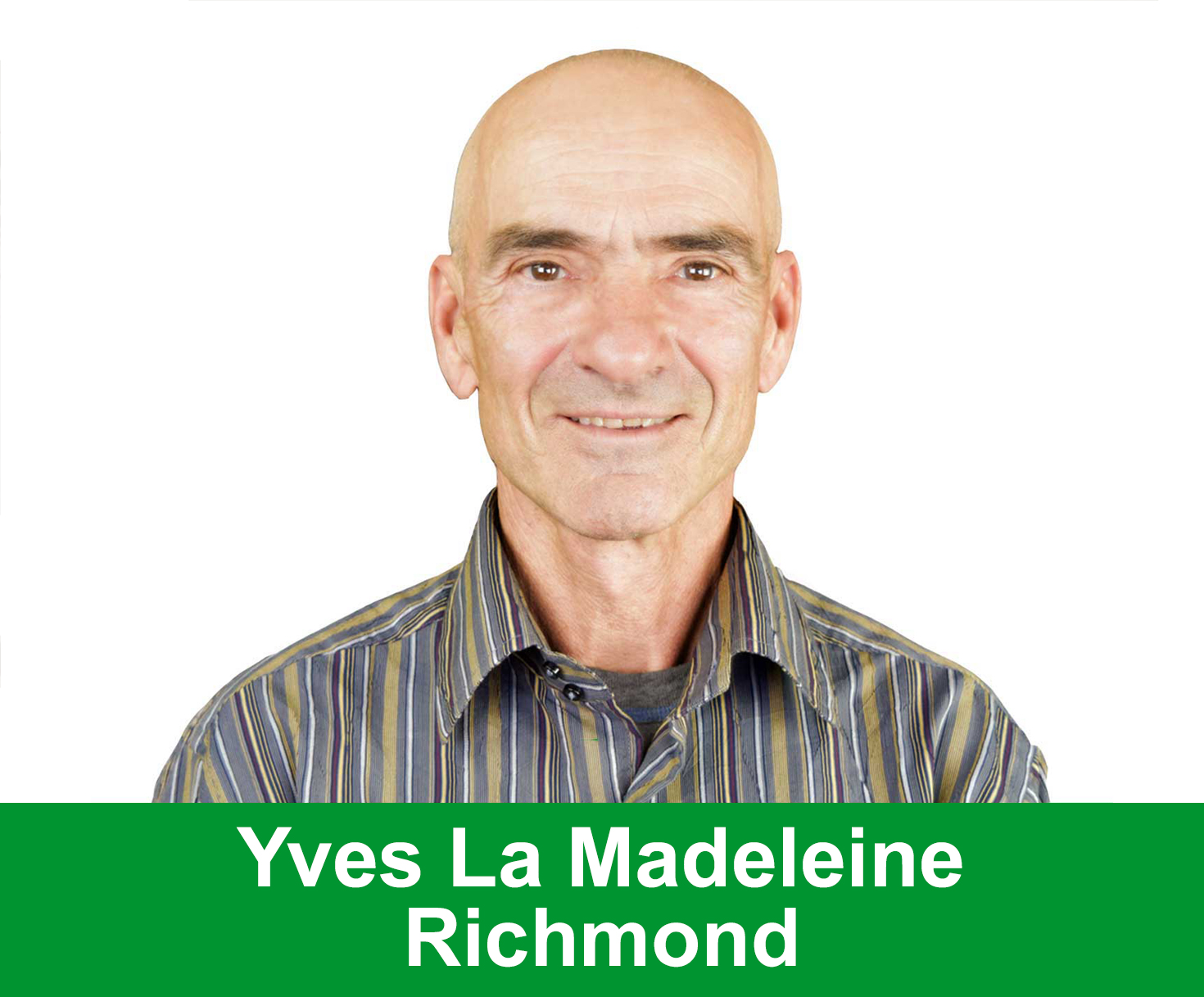 Originally from the village of Greenlay, Yves La Madeleine has been retired since 2014 after a 34 year old career in industrial mechanics. Since 2005, he has been involved in his community defending the environment. He began as a representative of the citizens of the MRC and later became an advisor to the Planning Committee Council, as well as a member of the Coop and the Lake Tomcod Protection Association. Since 2015, he has lead the St. François Environment Committee. For 13 years Yves has been devoting his energy to the care of nature and its sustainable development.

Today, Mr. La Madeleine turns to politics to push his work even further. He wants to participate in the public debate and finds himself in the values ​​of the Green Party of Quebec. At the heart of his vision, he emphasizes the concept of eco-socialism; a policy that equally targets environmental well-being and social well-being. He wants a healthy future for upcoming generations and is determined to do everything in his grasp. According to him, the key is in the hands of young people; we need to encourage them to participate and get involved - their future depends on it.

M. La Madeleine is very fond of travelling; in his spare time, he takes care of his bees and fishes farm. For him, every vote cast to the Green Party of Quebec demonstrates that the party's ideas resonate with the public and contribute to party funding. For all these reasons, Yves La Madeleine would be honoured to be able to count on your support during the 2018 general election.